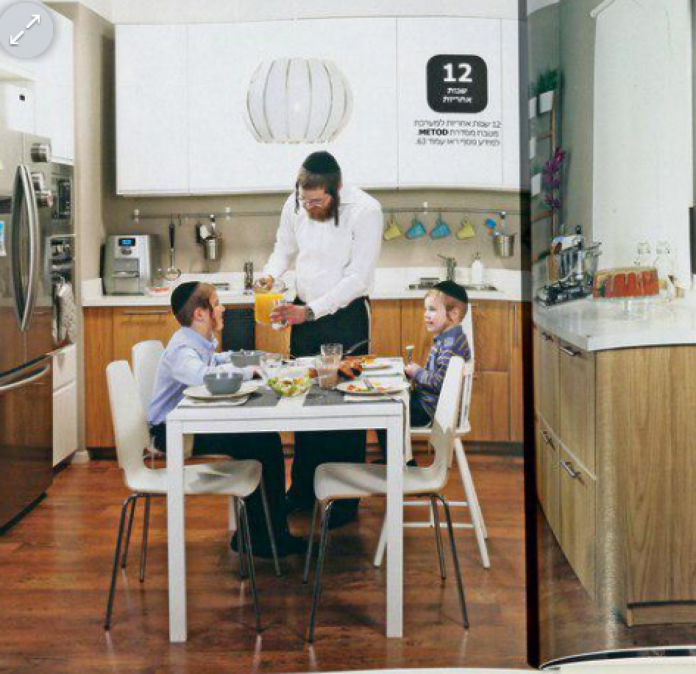 Ikea, the Swedish-based furniture and housewares chain, which has three stores in Israel, has begun distributing a separate store catalogue adapted to the values of the country’s chareidi community, Haaretz reports. In keeping with the practice among chareidi publications, no pictures of women appear in the catalogue.

The catalogue reportedly features furniture that would be in particular demand among chareidi families. Highlighted, therefore, are baby cribs, bunk beds and book shelves for seforim, Ynet reported.

Ikea’s Israeli headquarters issued a statement explaining the decision to create the special religious version of the ubiquitous standard catalogue. “Due to requests we received, we decided to launch an alternative and special catalogue, which allows the religious and chareidi communities to enjoy thumbing through our products and the solutions that IKEA offers in accordance with their lifestyle,” Ynet reported. Ikea said the “religious version” is available free of charge in print and features the same prices as the regular catalogue.