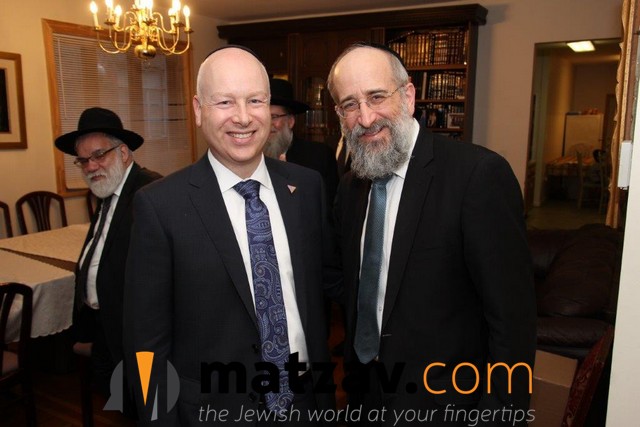 While most Americans were barbecuing, relaxing with family and friends, and celebrating our nation’s 240th birthday over last holiday weekend, much of the news media was erupting — not with fireworks but with an even more combustible pastime: character assassination over a six-pointed star that appeared as one image in a tweeted meme.

Knowing Donald Trump as well as I do, and knowing his utter lack of the slightest ill will toward Jews, it is not the least bit surprising to me that he would not have seen any connection between the meme and any kind of anti-Jewish sentiment.

The clearest refutation of the claim of anti-Semitism, or the claim that Mr. Trump is someone who encourages, condones or panders to anti-Semitic behavior, is his lifelong embrace of the Jewish people and his record of staunch support for Jewish causes and Israel.

I should know. I am an observant Jew and have had the privilege of working for Mr. Trump for nearly two decades.

Another chief executive might not have hired a junior attorney who must leave early every Friday afternoon in the fall and the winter to make it home in time to observe Shabbat, the Jewish day of rest. Others might not have tolerated a lawyer of theirs being completely unavailable for 25 hours per week during the Sabbath.

Many bosses might have promoted others over me for missing as many as six weekdays (during which I am also completely unavailable) in the fall season to observe Jewish holidays that occur just as everyone else is getting back to work after a slower summer season. As my responsibilities grew over the years, that could have given him even more reason to turn to others instead of me.

But Mr. Trump hasn’t merely tolerated my religious observance; he has encouraged it. He understands that my faith is a blessing, an important part of who I am, and he values me more for it. Today, I am the Trump Organization’s chief legal officer and executive vice president, so I can say the following — it’s a truth that I’ve spent nearly 20 years experiencing:

Mr. Trump respects my Judaism. He appreciates my unique, religiously demanding lifestyle, and he makes sure I feel it and am proud of it. I base this not on Twitter shapes or tongue-in-cheek comments, but on real-life experiences that have impacted me, my wife and our six children.

His message has always been supportive and understanding as I have hurried out of the office for a Jewish holiday, in the midst of a major transaction, grinding negotiations to a complete halt for three full days. He has told me: “Go home, go pray, and be with your family. . . . We will pick it up after the holiday.” Those words represent who Mr. Trump is in his heart and in practice.

And it’s not just me. I have seen Mr. Trump navigate issues of workplace diversity with tremendous sensitivity — not because he has to but because that is who he is.

I am blessed to live in a country that is built on the principle that all people are created equal and should be treated as such. I raise my family to understand that it is our obligation to fight hate, bigotry and persecution of all kinds. Donald Trump represents the same values.

Sadly, hatred and bigotry continue to fester in our country. The vile tweets that Bethany Mandel, Dana Schwartz, Jonathan Weisman and other journalists have received are loathsome. I, too, have received hateful tweets and Facebook posts, but I must point out that some have been from the opposite end — from Jews who have criticized me with tremendous ugliness.

All of this venom being spewed with such ease through social media must stop. Blaming Mr. Trump will not solve this destructive problem. Let us work together to unify our country and to eliminate all forms of hatred and bigotry, in our nation and across the globe.

Jason Greenblatt is an executive with the Trump Organization and an adviser on Israel to presumptive Republican presidential nominee Donald Trump.