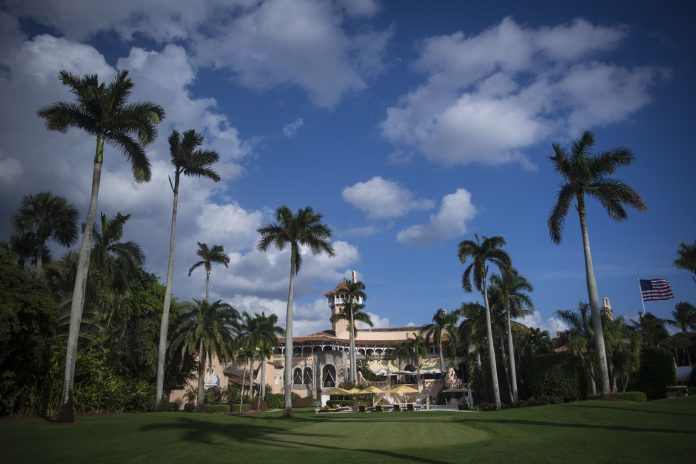 A powerful storm has formed in the Atlantic, threatening Florida and parts of the Bahamas. But another one formed on Twitter this week, after a former Canadian prime minister tweeted that she hoped Hurricane Dorian would strike President Donald Trump’s resort in Palm Beach, Florida.

Forecasters are closely watching Dorian, which could potentially strike the east coast of Florida early Tuesday as a Category 4 hurricane. But in a since-deleted tweet, former Canadian prime minister Kim Campbell responded to news of the threat by exclaiming, “I’m rooting for a direct hit on Mar a Lago!”

The next day, she said that she wished it would “shake up Trump’s climate change denial!”

On Friday, Campbell deleted the original message about Mar-a-Lago taking a hit, two days after it was initially posted and apologized “to all it offended.”

Twitter users both vilified and defended Campbell for her original remark, with some interpreting it as sarcasm while others believed it was an unfair attack on the U.S. president.

Her Wednesday tweet is not the first time she has used the platform to criticize Trump. At the beginning of the year, Campbell called Trump a profane name on Twitter but also deleted that tweet.

Campbell was the first and only woman to serve as Canada’s prime minister, but she did not hold the position for long. She assumed power in June 1993 only to lose it that November. All told, she spent 132 days in the office.

“Campbell is known for having a tongue with a mind of its own, and thus far she has not tried to tame it,” The Washington Post’s Charles Truehart wrote in 1993 as Campbell sought the prime minister’s office. She currently chairs the advisory board that recommends Supreme Court appointees to the prime minister, currently Justin Trudeau.

Twitter maelstroms aside, Dorian poses a serious threat to Florida residents. The storm is “predicted to remain a dangerous hurricane throughout the remainder of the forecast period,” the National Hurricane Center warned in a Thursday night bulletin.

If Dorian strengthens to a Category 4 hurricane, it will be capable of inflicting “catastrophic damage” with winds that can reach more than 150 mph.

In such a storm, “well-built framed homes can sustain severe damage with loss of most of the roof structure and/or some exterior walls,” according to the National Hurricane Center. “Most trees will be snapped or uprooted and power poles downed. Fallen trees and power poles will isolate residential areas. Power outages will last weeks to possibly months. Most of the area will be uninhabitable for weeks or months.”

Responding to a reporter question before leaving for Camp David on Friday, Trump said Mar-a-Lago can handle itself.

“That’s a very powerful place,” he said. “The thing I’m worried about is the state of Florida. Because this could be a record-setting hurricane.”

The president canceled a trip to Poland and will remain in the United States as the storm arrives. On Thursday, Trump tweeted a video message that issued a warning to Americans.

“The winds seem to be building at a tremendous rate. It looks like the winds are going to be unbelievably high,” he said in the video. “Hopefully, we’ll get lucky, but it looks to me that this time it’s heading in one direction; all indications are it’s going to hit very hard, and it’s going to be very big.”