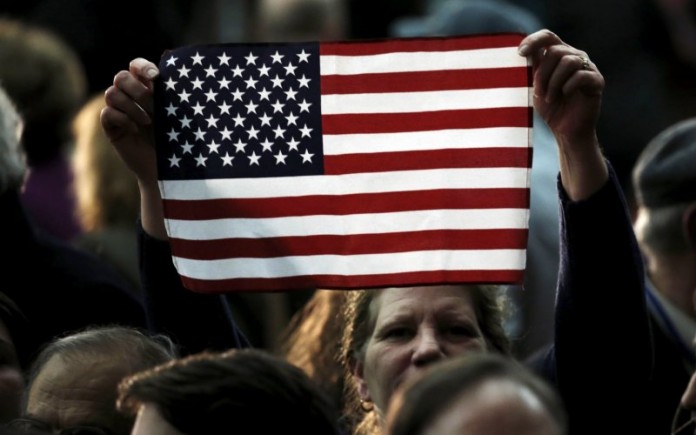 A new ranking of the world’s “best countries” is out – and the results don’t look good for America.

The United States ends up in the seventh spot, just edging out Australia but also lagging Germany, Japan and Sweden.

Perhaps more worryingly for Americans, global perceptions of their country seem to have turned more negative over the past year, the study found, resulting in a drop from fourth place in the 2016 rankings.

The 2017 Best Countries rankings are based on a survey, conducted after the U.S. presidential election, that asks 21,000 business leaders, informed elites and general citizens what their views are of certain aspects of different countries. The rankings are designed in a similar way to other U.S. News’s rankings of colleges, hospitals and cars.

“We wanted to capture how tumultuous political change can affect a country’s perceived standing in the world,” Brian Kelly, editor and chief content officer of U.S. News, said in a statement.

According to the rankings, perceptions of the United States in a number of areas have dropped over the past year. The United States dropped in rankings for business, citizenship, adventure tourism, education, transparency and headquartering a corporation. Nearly 75 percent of survey respondents said they had lost some respect for U.S. leadership after the 2016 presidential election – echoing a global pessimism that found 50 percent of survey respondents saying that the world had gotten worse in the past year.

John Gerzema, chairman and CEO of Y&R’s BAV Consulting, said the ranking reflected a global anxiety. “Our data captured widespread global concern for the social and geopolitical changes that cast many nations into uncertainty and turmoil,” he said in a statement. “The new rankings reflect people’s desire to restore some sense of order by rewarding nations they perceive as championing neutrality, stability and diplomacy.”

The United States isn’t the only country to face a drop. Germany, which topped last year’s inaugural ranking, fell three spots in the overall ranking. The country, which suffered a string of terrorist attacks last year, dropped in three categories: open for business, citizenship and quality of life.

Other countries had strong performances. Britain held onto its third-place position, suggesting that any negative impact of the vote to leave the European Union had not had an impact on its international reputation, while Japan moved up two spaces – a move the rankings’ authors attributed to its stability.

There is one bright spot for the United States: It is still perceived as the most powerful nation on earth, running ahead of Russia, China, the United Kingdom and Germany. Notably, countries that perform lower overall often have their strongest sub-ranking performance in power: Iran is ranked 79th overall, for example, but 14th in power.

A total of 80 countries were ranked in the 2017 list, up from 60 last year, with respondents asked questions to help researchers ascertain 65 country attributes. These 65 attributes were then scored and grouped into nine broader categories, which were weighted based on correlation with prosperity, measured using the International Monetary Fund’s 2014 per capita gross domestic product purchasing power parity.

A total of 21,372 individuals from 36 countries in four regions – the Americas, Asia, Europe and the Middle East and Africa – gave their opinions through an online survey system. The published methodology notes that of this number, 12,396 were considered “informed elites” – meaning they were college-educated, middle- or upper-class individuals – and 6,489 were business decision-makers. The rest belonged to the general public. All participants were said to be “broadly representative” of the global population.