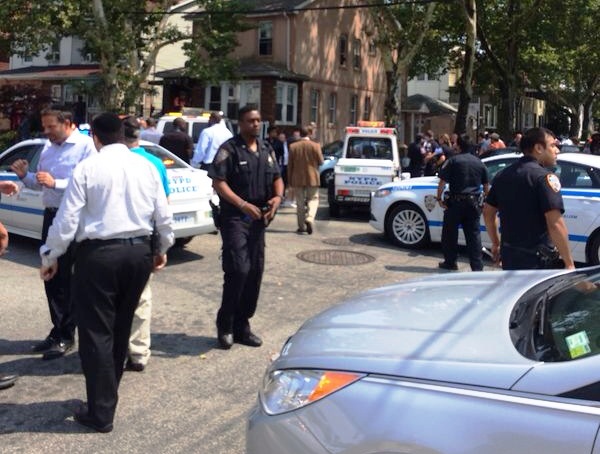 Of all the stories in New York City, the one the New York Times chooses to tackle with a 2,800-word, in-depth investigation this weekend involves the Orthodox Jewish neighborhood patrol and rescue group, Shomrim.

As is becoming an unfortunate habit with New York Timesattacks on Jews, this one is released on a day when observant Jews are limited in their ability to respond. If the Times op-ed published on Shavuot attacking Governor Coumo’s pro-Israel action against the Boycott, Divestment and Sanctions (BDS) movement was the opinion journalism version of the Yom Kippur War, this news article, scheduled for print publication on Shabbat, is the Times metro section’s variation on the same theme.

And that is just the beginning of the problems with it. For one thing, the Times article is a nearly word-for-word recap of a story that appeared a month ago in the Daily Beast. Same names, same anecdotes, same facts, even the same photograph. It does include a few additional interviews and some re-ordering of the content. When I asked the Timesreporter, Alan Feuer, whether he felt he should have credited the Daily Beast’s article, he responded by recommending that I contact the author of that article. “Thanks for your concern,” he said on Twitter, apparently dismissively. (Later, Mr. Feuer clarified that he had tried to get the Times to hire the Daily Beastwriter as a freelance contributor, but that it “didn’t pan out.” He said he had spoken to her and “apologized in advance that my piece would cover some of the same ground as hers.” He said he had begun working on his piece before he read the Daily Beast article.)

The Times article carries this passage:

Mr. Daskal, the safety patrol leader in Borough Park, said the shomrim got nothing from their bonds with the police. “Maybe a mitzvah” — a blessing — he said, “or a feeling that our community is safe.”

This has the makings of a classic future Times correction. It might read: “Commandment is the English translation of mitzvah; bracha is the Hebrew for blessing. A Times article published on Shabbat incorrectly confused the two.”

It’s further proof of the basic Hebrew and Jewish illiteracy at the Times. They don’t know a bracha from a mitzvah over there. Maybe you would say a bracha before doing a mitzvah, or maybe, I suppose, you could earn a zechut by doing a mitzvah. But translating mitzvah, flat-out, as “blessing” is just blatantly wrong. It’s as incorrect as the recent New York Times article headlined, “For Juicy Beef for Your Seder Table, Look Beyond Brisket,” that generated the classic Times correction, suitable for framing in any kosher kitchen: “An earlier version of this article incorrectly implied that beef tenderloin is kosher and appropriate for Passover. It is not kosher, but other cuts of beef that are kosher may be used in the recipe in its place.” It’s as inaccurate as another story requiring another recent Times correction, the one in which the newspaper miscounted the number of pages in the Talmud.

Mr. Feuer defended the mitzvah-blessing translation, replying to my question about it by writing, “Come on, it’s both. When Daskal says it’s a mitzvah what he’s doing, he doesn’t mean commandment. He means it in the sense of What a mitzvah you did by helping that old lady across the street.”

The biggest problem with the Times article, though, is that it manages to go on for 2,800 words about Jewish security patrols in Brooklyn without any mention of the Crown Heights riot of 1991, in which the official — paid — New York Police Department initially failed to defend the Jewish community from deadly, violent attacks. Mr. Feuer explained that a reference to the Crown Heights riot was included in his initial draft of the article, but was cut in the editing; then, he said, “I don’t think I’ll entertain questions about the editing process.”

If the editing I got were as bad as Mr. Feuer’s at the New York Times, I wouldn’t want to answer questions about it, either.