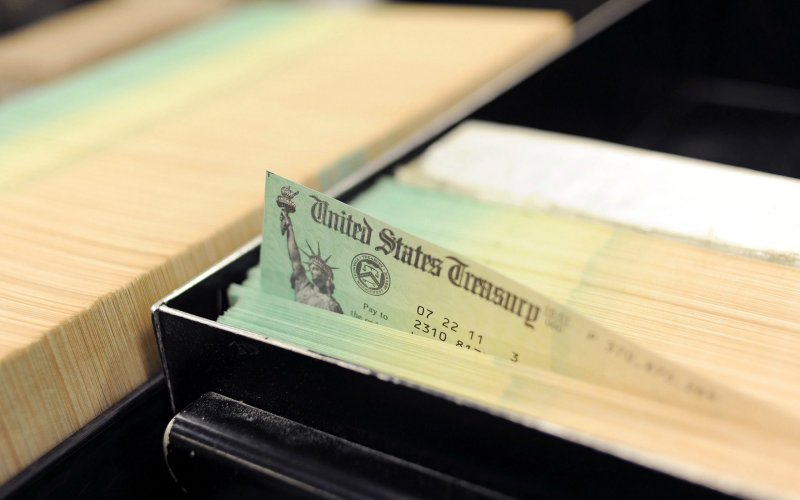 The U.S. Small Business Administration and Treasury Department announced Friday that they would release a data set showing which businesses received many taxpayer-funded Paycheck Protection Program loans, walking back an earlier stance that all of the business names would remain hidden because the Trump administration considered them proprietary.

The disclosures will include the names of recipients who received loans of more than $150,000 and it will also reveal a dollar range for each loan, such as whether it was between $1 million and $2 million. Precise dollar amounts will not be disclosed, the Trump administration said. Borrowers who obtained loans of less than $150,000 would not have their identities disclosed. The Trump administration said that 75 percent of all loans were for $150,000 or more, so most borrowers would be revealed.

The announcement came after several weeks of tense negotiations with congressional leadership, in which members of both parties pressed for some form of disclosure. The plan announced Friday amounts to an attempted compromise in which most loan recipients will be made public while specific details would be obscured.

“We are striking the appropriate balance of providing public transparency, while protecting the payroll and personal income information of small businesses, sole proprietors, and independent contractors,” Treasury Secretary Steven Mnuchin said in a statement.

It was the Trump administration’s latest reversal on the matter. The SBA said in response to open records requests throughout April and May that it would release “individual loan data” in accordance with its past practice for subsidized loans. But Mnuchin claimed in a June 11 hearing before the Senate Committee on Small Business and Entrepreneurship that the business names and loan amounts were considered confidential and therefore would not be disclosed.

Several million small businesses have obtained the taxpayer-backed loans since the program was launched in April. The program has extended more than $500 billion in loans. If the borrowers meet certain requirements, such as using the majority of the money to pay workers, the loans will be paid off by the federal government.

Lawmakers have for weeks explored different possibilities for how to increase transparency around the program without forcing small businesses to reveal proprietary information that could compromise their operations. Treasury officials signaled their willingness to a compromise measure, although they faced pressure from business groups concerned that revealing recipients’ names would be intrusive and unnecessary. Negotiators discussed measures such as including more data about the kinds of industries and locations that had received information, for instance.

The program was designed to extend loans of up to $10 million to smaller firms, those that have 500 or fewer employees. But the program was built in such a way that many larger firms found ways to obtain the loans. President Donald Trump at one point expressed frustration with Mnuchin over some of the large firms that had been revealed to have secured the small businesses funding, putting pressure on Treasury to demand that some money be returned. Later, the administration faced complaints that some firms had decided to forgo the money, as many small businesses faced closure and the national unemployment rate spiked to levels unseen since the Great Depression.

Sen. Marco Rubio, R-Fla., who played a lead role in designing the program, said he was satisfied with the plan announced Friday.

“The American people deserve to know how effective the PPP was in protecting our nation’s small businesses and the tens of millions of Americans they employ. That is the standard by which we must measure the success of the PPP: how many paychecks were protected,” Rubio said in a statement.

But others said the new announcement came up short.

“This is absolutely not enough,” said Danielle Bryan, executive director of the nonprofit Project on Government Oversight. “By grouping the loan amounts [into ranges] we’re still not going to have the kid of information we need to ensure that money is going to the right people…those who really need it.”

The Paycheck Protection Program is a critical component of the Trump administration’s attempt to contain the economic damage caused by the coronavirus. The loans are processed by a network of government-approved banks and financial technology companies, and regulated jointly by the Treasury Department and Small Business Administration.

The program launched in early April just one week after the $2 trillion Cares Act economic stimulus bill allocated $349 billion for subsidized small business loans. Its early rollout was frustrated by glitchy web portals and a chaotic, on-the-fly rulemaking process. Some major banks initially refused to participate due to a lack of clarity on the rules, and even later many of them were criticized for creating a two-tiered approval process that favored some lenders over others.

Despite its early issues the program managed to process about 4.5 million loans worth a total of $512 billion, most of it spent in April and May as the economic crisis deepened. It almost certainly contributed to a surprise drop in the national unemployment rate in May.

But concerns remain that the program’s design could have made it vulnerable to an excessive, possibly historic levels of fraud and abuse.

In a frenetic bid to quickly pump loan dollars into the economy, the program’s architects did away with many of the usual guardrails designed to prevent banks and the federal government from fraud. Lenders were empowered to take borrowers at their word regarding need and eligibility, requiring very basic checks on the part of regulators.

And there have already been widely-reported cases in which large, cash-rich operations managed to get small business loans.

Some national restaurant and hotel chains took advantage of a legal loophole allowing franchisees and other business affiliates to qualify. The Auto Nation car dealership, for example, received nearly $80 million in PPP loans through their nationwide dealership, coordinated by national executives.

Other wealthy organizations receiving the small business loans included Shake Shack, the Ashford Hospitality Trust, the Los Angeles Lakers, an exotic cruise operator, and the Aspen Institute. At least 300 publicly-traded companies received small business loans, prompting the SBA to retroactively change its rules with respect to those organizations. A number of firms returned the funds after it was disclosed that they received the money.

But the vast majority of loan recipients remain secret, making it hard to determine the extent of fraud or whether the program has worked.

The compromise announced Friday would reveal the names of about 75 percent of those receiving PPP loans, according to the Small Business Administration. It would not disclose the dollar amounts of the loans, but it will reveal a dollar range for each loan, saying whether the loans fit into a category of between $150,000 and $350,000; $350,000 to $1 million; $1 million to $2 million; $2 million to $5 million; and $5 million to $10 million. For loans below the $150,000 threshold, business names will be redacted while ZIP code, industry, business type and other demographic categories will be released in some detail, the SBA said.

The SBA has previously said it would release “individual loan data” for PPP recipients in accordance with the information currently on its Freedom of Information Act page, which includes specific loan data for various SBA subsidized loan programs going back to 1991. A lawsuit filed by 11 news organizations, including The Post, seeks business names and loan amounts for all PPP recipients, including those receiving smaller amounts of funding.