The victims of the 2009 Fort Hood shooter will be faced with shooter Maj. Nidal Malik Hasan again in court: Hasan is representing himself and will cross-examine them as witnesses on Tuesday.

As Staff Sgt. Alonzo M. Lunsford summed it up: “I will be cross-examined by the man who shot me.”

He has acknowledged being the gunman and has said in statements in and out of court that he was trying to protect Taliban leaders from soldiers deploying to Afghanistan. Read more New York Times. 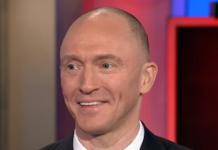