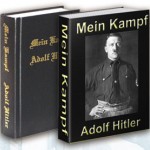 A 32-page Islamic State document calling for open warfare against non-Muslims has been uncovered in Pakistan and authenticated by retired U.S. Defense Intelligence Agency director Gen. Michael Flynn and other intelligence officials. The document has been compared to Adolf Hitler’s “Mein Kampf,” the political manifesto in which the Nazi leader outlined his plan for the future of Germany and its Jews.

The Islamic State document blames the appearance of jihadist organizations on the establishment of the State of Israel in 1948. The document declares, “No sooner had the British government relinquished control of Israel, Ben-Gurion, the leader of the Jews, declared the independence of the State of Israel, triggering a global migration of Jews to the Jewish State, and launching the systematic persecution of Palestinian Muslims who had to abandon their homes and migrate.”

The document, titled “A Brief History of the Islamic State Caliphate (ISC): The Caliphate According to the Prophet,” contains a six-stage plan for the development of Islamic State and for conquering the world. Geoffrey Grinder laid out the stages as follows for the “Now the End Begins” blog:

Phase 2: “Shock and awe,” 2004-2006: Islamic State will lure U.S. into multiple theaters of war, including cyber-attacks, and establish charities across the Muslim and Arab world to support terrorism.

Phase 4: “Reaping/extortion/receiving,” 2010-2013: Islamic State will attack “U.S. and Western interests” to destroy their economies and replace the dollar with silver and gold, and expose Muslim governments’ relations with Israel and the U.S.

Phase 5: “Declaring the Caliphate,” 2013-2016: Not much detail. The document only says, “The Caliphate According to The Prophet.”

Phase 6: “Open warfare,” 2017-2020: Islamic State calls for open, worldwide warfare against all non-Muslims, followed by a messianic vision of a “peaceful” era. The document’s messianic vision paints a picture of a world in which only believing Muslims remain alive.