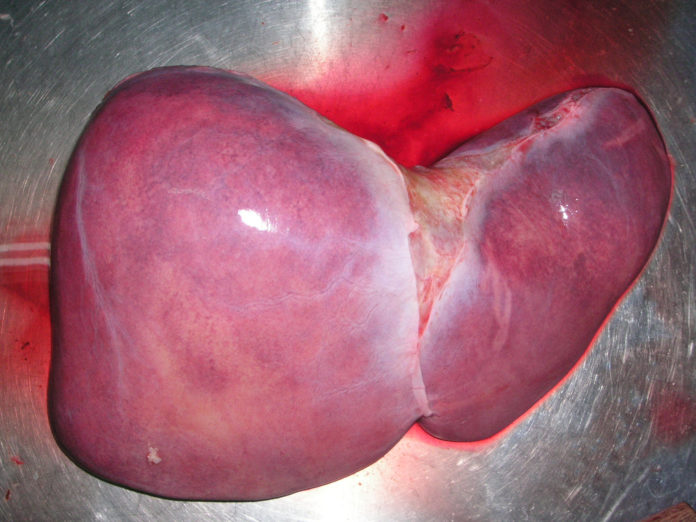 Maria Contreras and Monica Davis share many things – including a vital organ.

The two Ohio women, who refer to themselves as “split-liver sisters,” received a liver transplant on July 1, 2020. But it wasn’t an ordinary transplant surgery: They had a split-liver transplantation, in which a donor’s liver was divided into two distinct portions, which were then implanted into each patient.

“This is an extremely rare procedure,” said Koji Hashimoto, a surgeon at Cleveland Clinic, who performed Contreras’s operation using 40% of a deceased donor’s liver.

The remaining 60% went to Davis, whose surgery was performed simultaneously by a different surgeon.

The women shared the same diagnosis. Contreras – a Cleveland-based mother of four and a grandmother of two – was diagnosed with cirrhosis of the liver in 2014 after she started experiencing severe itching on her hands and feet, prompting doctors to perform a liver biopsy.

“It was at the point that I couldn’t sleep,” said Contreras, 53, who was informed that she would probably be on the transplant list for 10 years or more. “I felt depressed.”

Around the same time, Davis, 59, started experiencing agonizing stomach pain, and in January 2014, she, too, was told she had cirrhosis of the liver.

“The diagnosis was really life-threatening,” Davis said, adding that at first, “I really wasn’t interested in having the transplant.”

Despite knowing it was the only available treatment for end-stage liver disease, Davis decided she didn’t want to add her name to the list of more than 100,000 Americans who need a lifesaving transplant. An average of 17 people die every day while awaiting their turn to receive an organ.

“My children were all grown, and I didn’t think my husband would need me around. He is so self-sufficient,” said Davis, who lives in Elyria, Ohio, and has three children and four grandchildren. “In hindsight, I know I shouldn’t have been thinking like that.”

Her family members, she said, were “in disbelief” at her decision, and they were “praying I would change my mind.”

To their relief, a few years later, she did.

“I owe it all to my faith, my family and my friends,” Davis said, adding that she had an epiphany one day and realized she still had a life worth living.

In May 2019, Davis’s name was added to the national list of prospective organ recipients, managed by the United Network for Organ Sharing, a nonprofit organization that runs the country’s transplant system.

Meanwhile, Contreras – whom Davis did not know at the time – had been patiently waiting for a new liver for several years. She almost died in the process.

In 2019, she needed to get a stent in her heart to address a separate health condition, and she had a near-fatal reaction to the blood-thinning medication she was prescribed because her liver couldn’t properly process it.

“My body wasn’t able to heal,” Contreras said. “It was back and forth to the hospital.”

After six years of waiting – and doing everything she could to stay healthy – Contreras received a call on July 1, 2020, from her transplant coordinator that it was finally her turn to receive a lifesaving liver. She had to commit to the surgery immediately, because the transplant would take place later that same day.

And there was a caveat: She was told she would be sharing the organ with another patient, through a rare and potentially risky medical procedure.

“I was just happy because I was going to have a new liver,” she said. “It didn’t matter if it was half or whole. I was just thinking about a new life.”

Her surgeon, Hashimoto, briefed her on what a split-liver transplantation entailed and outlined why she was a good candidate.

A patient’s degree of sickness and their size are the main factors that must be considered before a split-liver transplantation, Hashimoto said. In this case, both patients were considered suitable in size and illness progression to be viable recipients of a partial liver.

“The size of the patient determines the size of the liver needed,” Hashimoto said. “It’s also very important to take into consideration how sick the patient is. If you have a really sick patient, you need a bigger liver.”

The health of the donated liver, which grows to be a standard size about six to eight weeks after the transplant, is also crucial to consider.

“Not all donors are good for split-liver in terms of quality,” Hashimoto said, adding that the quality of the organ is naturally diminished when it is divided, so a young, healthy donor is necessary for the procedure. “We have to use very complex techniques to divide the liver into two pieces.”

The split-liver transplantation was pioneered in Germany in the late 1980s and was initially performed on one pediatric and one adult patient.

Child-adult split liver transplants are “relatively common,” said Hashimoto, and they are performed by splitting the organ into two portions, one of which is 20% and the other 80%.

What is much rarer, he continued, is dividing one liver between two adults. Of the more than 9,000 liver transplants performed in the United States in 2021, only a small number were adult-only split-liver transplantations, Hashimoto said.

The reason, he added, is that “it’s very labor-intensive” and requires three medical teams working at the same time. One team works on the donor, while the other two perform the transplant surgeries.

Hashimoto added that blood clotting and other complications are more likely with split-liver transplantation, though the long-term survival rate is the same.

Still, for Contreras and Davis, “the risk would have been higher waiting. This was a better option,” he said.

“I’m just glad that option is available, because two people received a blessing that day,” echoed Davis, who was also given just hours’ notice before her liver transplant.

Both surgeries were successful, and almost immediately after their operations, the two women were eager to meet.

The day after her transplant, “I was asking my nurse, ‘Do you know about my liver sister?'” Contreras recalled. “I was so excited to see her.”

Because of privacy policies, it was difficult to coordinate a gathering, and the coronavirus pandemic also postponed their plans to meet safely. Both women are immunocompromised and had to be especially careful in the months after their procedures.

Finally, in April, Contreras and Davis – both of whom had smooth recoveries and are able to lead relatively normal lives – shared a tearful hug at Cleveland Clinic. Their instant bond, they said, was overwhelming.

“It was great to meet my sister,” Davis said. The closeness she feels with Contreras “is so powerful to me, it’s hard to describe.”

“When we met, I cried, I hugged her, I was jumping with her,” she said. “I could feel the connection.”

“I was so happy, and I said, ‘Thank you God,’ because He didn’t only give me a new life, but He gave me a new sister, too,” Contreras continued.

Hashimoto was also present for the meeting, as well as Davis’s doctor, Cristiano Quintini.

Seeing the split-liver sisters together – in good health – “that was rewarding,” Hashimoto said.

The women speak regularly on the phone, and they have scheduled a second meetup. Their shared liver, they believe, has made them feel inextricably linked.

“We are going to be friends forever,” Contreras said. “She is a part of me.”