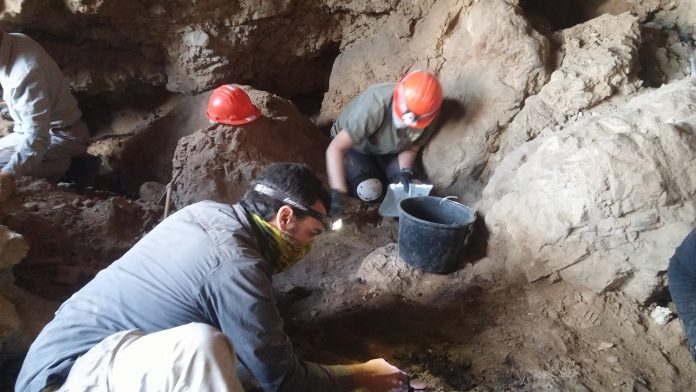 In a surprise discovery, Israeli archaeologists have uncovered a 12th cave in the Qumran region of the northern Judean Desert that once held portions of the Dead Sea Scrolls, until they were likely looted in the mid-20th century.

Hebrew University of Jerusalem archaeologists Dr. Oren Gutfeld and Ahiad Ovadia made the discovery with the help of Dr. Randall Price and students from Virginia-based Liberty University.

During the excavation of the cave, archaeologists found that numerous storage jars and lids from the Second Temple period were found hidden along the cave’s walls and deep inside a tunnel in the back of the cave. But the jars were all broken and their contents were removed. The archaeologists also uncovered an iron pickaxe head from the 1950s, which suggests that the cave was looted.

“This exciting excavation is the closest we’ve come to discovering new Dead Sea scrolls in 60 years. Until now, it was accepted that Dead Sea scrolls were found only in 11 caves at Qumran, but now there is no doubt that this is the 12th cave,” said Gutfeld.

“Although at the end of the day no scroll was found, and instead we ‘only’ found a piece of parchment rolled up in a jug that was being processed for writing, the findings indicate beyond any doubt that the cave contained scrolls that were stolen,” he said. “The findings include the jars in which the scrolls and their covering were hidden, a leather strap for binding the scroll, a cloth that wrapped the scrolls, tendons and pieces of skin connecting fragments, and more.”

This excavation was the first to take place in the northern portion of the Judean Desert as part of the “Operation Scroll” program, which was launched by the Israel Antiquities Authority to improve the understanding and excavation of caves in the region. JNS.ORG