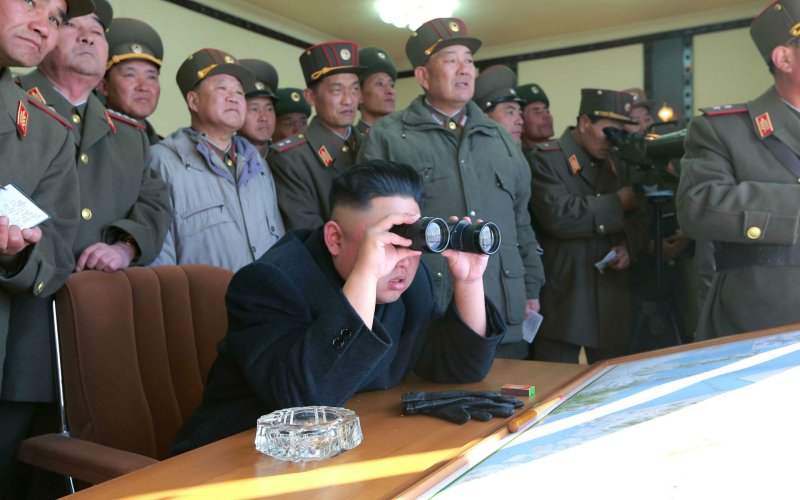 In an unusual commentary released by state media today, North Korea accused a foreign country that claims to be a “friendly neighbor” of measures tantamount to an attempt to bring down the Pyongyang regime.

“This country, styling itself a big power, is dancing to the tune of the U.S. while defending its mean behavior with such excuses that it was meant not to have a negative impact on the living of the people in [North Korea] but to check its nuclear program,” read an English-language translation of the commentary published by North Korean state news agency KCNA.

While the country in question is not identified, the commentary appears to be clearly aimed at China — long one of North Korea’s only major allies and a “big brother” often accused of propping up the Pyongyang regime.

However, relations between China and North Korea have become strained in recent weeks by a number of key events. Experts say that Beijing has grown deeply frustrated with North Korean leader Kim Jong Un after a recent missile test and the assassination of Kim’s half brother, long protected by China, at a Malaysian airport.

China’s anxiety over North Korea may have been heightened by a lack of clear policy on Pyongyang from President Donald Trump, who has criticized China for supporting North Korea and promised more decisive U.S. action in the region but offered little detail on what that action might be.

Beijing announced last week that it was suspending all coal imports from North Korea until the end of the year. China said that the move was designed to bring it into line with U.S. sanctions, though most experts viewed it as a deliberate punishment for recent acts by North Korea. The economic impact may be keenly felt within North Korea, as revenue from coal imports to China represented about one-third of North Korea’s total export income last year, according to U.S. officials.

Bellicose commentary in North Korea state media is hardly unusual – in fact, it’s a fairly regular occurrence – but it’s usually directed toward the country’s traditional rivals: South Korea, Japan and the United States. Now it appears that North Korea may be trying to send a message to Beijing, too.

Adam Cathcart, a lecturer in Chinese History at Leeds University who watches North Korea, noted on Twitter that the title on the commentary was even more critical in the Chinese translation published by KCNA: “Contemptible Method, Vulgar Calculation.”

Cathcart also noted that the message was written under a pseudonym that translates as “righteous pen.” It is unclear if the North Korean government wrote the commentary, but officials would likely have signed off on it, Cathcart said.

The message ends on a belligerent note: It said that North Korea will “invariably advance” and “deal a heavy blow to the U.S. and its vassal forces by dint of powerful nuclear deterrence and thus win the final victory.”