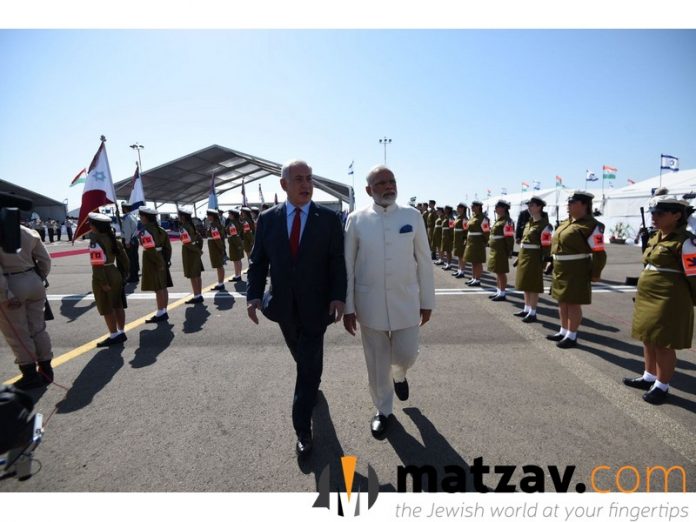 Foreign ministers from India, Russia and China notably refrained from recognizing East Jerusalem as the capital of Palestine at their annual meeting in New Delhi this week – seven days after the US recognized the holy city as the capital of Israel.

The decision not to restate the position on Jerusalem long-held by all three countries was in marked contrast to their joint call at last year’s meeting in Moscow for a “sovereign, independent, viable and united State of Palestine, with East Jerusalem as its capital.” At this year’s 15th annual meeting, their statement on the Israeli-Palestinian conflict stressed support for “an independent, viable, territorially contiguous Palestinian State living side by side in peace and security with Israel within mutually agreed and internationally recognized borders,” without mentioning the issue of Jerusalem.

The absence of Jerusalem from Tuesday’s statement is particularly striking given the strident opposition to the US move in the Arab and Muslim worlds. Turkey and Iran, both of whom retain close diplomatic and security ties with all three countries, have led the denunciation of the US announcement on Jerusalem.

India in particular stands out for not having even taken a position on the US decision. Asked for clarification of India’s position on December 7, a spokesperson for the External Affairs Ministry said simply, “India’s position on Palestine is independent and consistent. It is shaped by our views and interests, and not determined by any third country.” Bilateral relations between Israel and India were handed an unprecedented boost by Prime Minister Narendra Modi’s high-profile visit to the Jewish state in July of this year.

Russia’s individual position is also under scrutiny, following the announcement by its foreign ministry last April that Moscow was recognizing West Jerusalem as Israel’s capital. At the time, the Russians stated their reaffirmation of their “commitment to the UN-approved principles for a Palestinian-Israeli settlement, which include the status of East Jerusalem as the capital of the future Palestinian state. At the same time, we must state that in this context we view West Jerusalem as the capital of Israel.” That statement went onto declare support “for the two-state solution as an optimal option that meets the national interests of the Palestinian and Israeli people, both of whom have friendly relations with Russia.”

Meanwhile, China’s official statement in response to Trump’s decision expressed strong concern at the security implications of the move but stopped short of full-throated condemnation. A spokesperson for the foreign ministry even implied that historic claims of exclusive Arab ownership of the city are not as clear-cut as Palestinian leaders might believe.

“The question over the status of Jerusalem is complicated and sensitive,” foreign ministry spokesperson Geng Shuang said, following Trump’s recognition announcement. “All parties should be cautious in order to maintain peace. All parties should avoid shaking the long-term foundations of solving the Palestinian issues, and avoid creating new divisions in the region.”