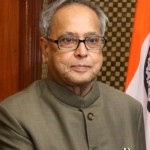 Indian President Pranab Mukherjee, who is scheduled to arrive in Israel on Tuesday for the first-ever visit to the Jewish state by an Indian head of state, said at the University of Jordan in Amman that “Palestine belongs to the Arabs in the same sense that England belongs to the English and France to the French.”

Indian Prime Minister Narendra Modi is also expected to visit Israel in the coming months, and India has abstained from three United Nations votes on pro-Palestinian resolutions in recent months. But Mukherjee, who was at the Jordanian university to receive an honorary doctorate, said that “India’s traditional support to the Palestinian cause remains steadfast and unwavering while we pursue strong relations with Israel. Our bilateral relations [with Israel] are independent of our relations with Palestine,” according to the Press Trust of India.

“India supports a negotiated solution resulting in a sovereign, independent, viable and united State of Palestine, with east Jerusalem as its capital, living within secure and recognized borders,” Mukherjee said.

Mukherjee will begin his visit to Israel on Tuesday afternoon by laying a wreath at the tomb of Theodor Herzl and a visit to the Yad Vashem Holocaust memorial and museum. He will meet with Israeli leaders through Wednesday, including with Prime Minister Benjamin Netanyahu and President Reuven Rivlin, and will give a speech to the Israeli Knesset. He will also receive an honorary degree from the Hebrew University of Jerusalem.

On Monday, Mukherjee is scheduled to travel to Ramallah for meetings with Palestinian Authority President Mahmoud Abbas and other Palestinian officials. He will also receive an honorary doctorate from Al-Quds University, a Palestinian institution.