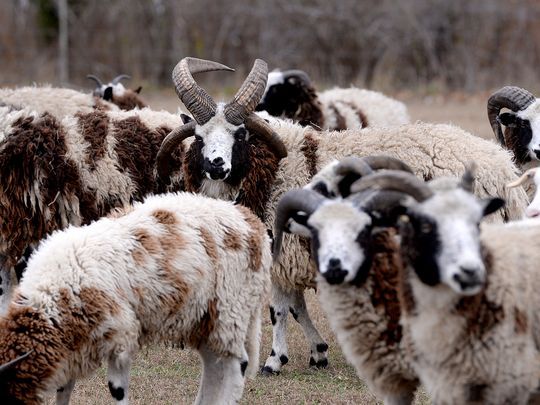 Klal Yisroel hasn’t brought a korban Pesach in many centuries. Why not?

Renewal of the korban Pesach is a proposition that dates back at least 760 years, to Rabbeinu Yechiel of Paris.

One of the last of the Ba’alei HaTosfos, Rabbeinu Yechiel defended Judaism against the libels of Jewish apostate Nicholas Donin in 1240 before King Louis IX, in the first debate of its kind. When tragedy ensued with the burning of 24 wagonloads of seforim and increased persecution, he and several hundred of his talmidim moved in 1257 to Eretz Yisroel. They established a yeshiva in the coastal city of Akko (Acre), as reported by the Ramban, who joined them for Rosh Hashanah in 1268 or 1269.

R’ Ashtori HaParchi left France when the country expelled its Jews in 1306 and eventually settled in Eretz Yisroel. He traveled the length and breadth of the land and authored a wide-ranging treatise about it called Kaftor VaFerach. In Yerushalayim he was intrigued to hear that Rabbeinu Yechiel, in his day, had sought to reinitiate the offering of korbenos tzibur.

This cause found a vigorous advocate in the nineteenth century in the person of R’ Tzvi Hirsch Kalischer, rov of Thorn, Prussia, a talmid of R’ Akiva Eiger and the Nesivos. He published a sefer in which he argued that it was permitted to bring korbonos bizman hazeh and that this should be done as soon as would be feasible. Much ink was spilled in seforim and teshuvos discussing his thesis. The author corresponded with R’ Akiva Eiger,the Nesivos, the Chasam Sofer, the Aruch LaNer, and other gedolim of the period. R’ Akiva Eiger and the Chasam Sofer agreed that, given certainconditions, the korban Pesach could be brought.

While this forum does not permit a full exploration of the issues, what follows is a selection of possible objections to reinstating the korban Pesach today, with a brief discussion of each.

WE HAVE NO BAIS HAMIKDOSH.

The Mishnah says that korbonos can be brought even in the absence of the Bais HaMikdosh. R’ Yaakov Emden and the Netziv adduce proofs that the korban Pesach was offered even after churban Bayis Sheini. (Fascinatingly, the Byzantine Emperor Justinian banned korban Pesach, according to a contemporaneous account by the historian Procopius in his Historia Arcana, as recently as the sixth century. This indicates that some Jews were still bringing the korbon after chasimas haTalmud!)

The Rambam holds that Har HaBayis retains its kedushah today, but the Ra’avad disputes this. The latter view would seem to preclude any possibility of bringing korbonos after the churbon, which would be contradicted by the above mishnah. Rav Kalischer proposed that the Ra’avad would allow the construction of a mizbeiach on Har HaBayis as a bamah, which he would permit after the churbon.

WE’RE ALL TEMEIEI MEIS AND CAN’T ENTER HAR HABAYIS OR BRING A KORBON.

Stores of eifer parah adumah that remained after churban Bayis Sheini sufficed for hundreds of years and were used to purify kohanim who became temeiei meis so they could eat terumah and challah. Sadly, the location of these reserves has been lost to us, so today we have no way to remedy tumas meis.

When the tzibur is tomei, however, tum’as meis is not an obstacle to the bringing of the Pesach, tomid, or mussaf. This is either because in this circumstance there is no prohibition at all, or because the tzitz on the forehead of the Kohen Godol allows even this tainted avodah to be accepted by Hashem. According to the latter view, today—in the absence of the tzitz—this objection is insurmountable.

MOST OF OUR KOHANIM AREN’T MEYUCHOSIM.

Kohanim meyuchosim are those that have established their bona fides by proving that their patriline extends to Aharon HaKohen. Most kohanimtoday can’t produce a shtar yuchasin to prove their lineage and only have a family tradition that they are kohanim. These are kohanei chazakah.

WE HAVE NO BIGDEI KEHUNAH.

If we knew the composition of the begodim of the kohen hedyot, we could fabricate them, but there are unknowns. For example, per the Rambam’s ruling, the avneit is dyed, in part, with techeiles. This dye is derived from the chilazon, an aquatic creature whose identity is long lost (though a number of candidates have been suggested since 1887). Rav Kalischer argues, though, that the avneit only requires the color of techeiles and not actual techeiles, rendering the chilazon unnecessary.

The Chasam Sofer discusses this concern extensively in an exchange with his father-in-law, R’ Akiva Eiger, concluding that if bigdei kehunah are unavailable, a kohen may do the avodah while mechusar begodim.

So build one. Although we cannot determine its correct size as delineated in Maseches Midos due to conflict over the size of the amah, Rav Kalischer, R’ Tzvi Pesach Frank, and R’ Avrohom Yitzchok Kook say that b’dieved it can be as small as one square amah. Others disagree.

WE DON’T KNOW WHERE TO PUT THE MIZBEIACH.

Although there is a tradition that the Kosel HaMa’arovi is the wall of Har HaBayis, we don’t know the exact mekom hamizbeiach because of the aforenoted dispute regarding the size of an amah. The mizbei’ach is located on the exact spot where Adam HoRishon was created, where Akeidas Yitzchok was performed, and where Adam, Kayin and Hevel, Noach, and Avrohom built mizbeichos. The Rambam rules that it may not be anywhere else. Rav Kalischer suggests measuring from the Dome of the Rock, which stands above the spot that our mesorah says is the Even HaShesiyah, but others say that this method too would yield an imprecise result.

Because korban Pesach obviously doesn’t override pikuach nefesh, this is a serious concern. Indeed, R’ Akiva Eiger asked the Chasam Sofer to inquire whether the Ottoman authorities would grant permission for the korban Pesach to be slaughtered on Har HaBayis. The question would be academic unless this obstacle could be overcome. (The Chasam Sofer replied that no such courtesy would be extended to non-Muslims.)

On Erev Pesach it is customary to study the pesukim and mishnayos of korban Pesach in fulfillment of uneshalmah forim sefosainu, and to daven for its restoration. As we have seen, the luminaries of earlier generations evinced a deep desire to find a way to reinstate this great avodah.

Although we are prevented today from bringing the korban Pesach, let their example inspire us to yearn, truly and deeply, for the fulfillment of our tefilah: