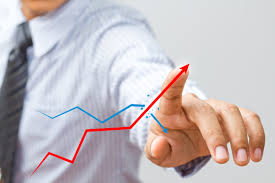 This week, financial markets were buffeted once again by events that not so long ago would have been improbable, if not unthinkable. The result has been considerable intraday volatility with a downward trend.

There is a natural inclination to explain each of these developments individually. But doing so could be a mistake as each is influenced by common phenomena, including a lessening of the effectiveness of central bank policies. This could have consequences that are even more severe if the turmoil spills over into the real economy.

A partial list of this week’s attention-grabbing developments demonstrates the degree of volatility we are experiencing:

— Amid a global banking sector selloff, the stock prices of several large European banks overshot and traded at levels not seen for several decades.

— Oil prices ended another volatile session on Thursday just above $25 a barrel, a level not seen for more than a decade.

— European bond yields fell to eye-popping levels. This is true even of those already trading at negative nominal yields.

— The Swedish central bank pushed its policy rate further below zero, to minus 0.50 percent from 0.35 percent.

— On the foreign exchange markets, the dollar weakened against the currencies of advanced countries, most notably the yen, even though the Bank of Japan has taken its interest rates negative.

— The Dow Jones Industrial Average on Thursday registered its 28th consecutive session with intraday moves of more than 200 points.

— After a long period of neglect, gold regained its luster, as bullion surged to $1,263 an ounce on Thursday, the highest since February 2015.

These are just some examples of volatile and unusual markets, and they follow an already considerable number of unusual developments, including low oil prices that are viewed in the West as a curse rather than a blessing as well as investors being forced to pay for the privilege of investing in about 30 percent of the global stock of government debt. This list will continue to grow.

It is natural for commentators to turn to individual explanations for each of these developments. But this approach does not give us enough of a sense of what is likely to come next.

The growing list of improbable developments is indicative of a global system that is signaling a major transition — away from an order in which central banks effectively repress financial volatility and toward one of higher and quite unpredictable volatility, in both directions. And far too many portfolios, having been conditioned to rely excessively on central banks, are not yet positioned for this transition.

So far, the damage from increased financial volatility has been contained to the financial sector, forcing some deleveraging. It has not spilled over in any meaningful sense onto real economic activity. That is fortunate as the economy is not well positioned to take on yet another challenge.

The U.S. economy already is working hard — and so far successfully — to overcome the headwinds produced by weaker growth in other countries. Continued financial volatility could add to this drag by making both households and companies more risk averse. If consumers are unsettled by wild markets, and particularly their implications for the stability and predictability of investments and pensions as well as the availability of financing, they could decide to spend less; and companies could scale back their investment outlays. This would weaken markets further, threatening a cocktail of adverse spillover and spillbacks.

Fortunately, that hasn’t happened yet. But it is a risk that we need to monitor carefully in the weeks ahead.

Mohamed El-Erian is chief economic adviser at Allianz, chairman of President Obama’s Global Development Council and former chief executive officer and co-chief investment officer of Pimco. His new book is “The Only Game in Town: Central Banks, Instability and Avoiding the Next Collapse.”