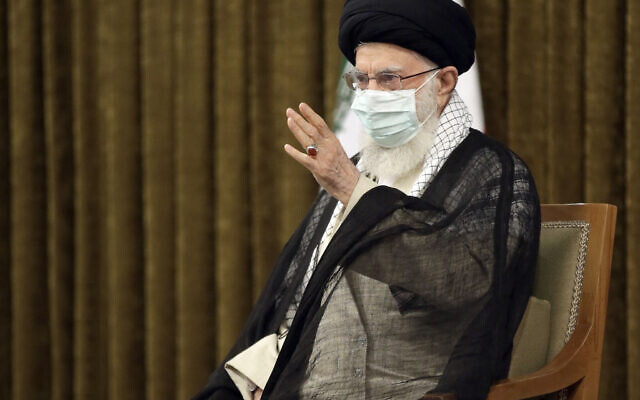 Under the headline, the graphic shows a person’s left hand holding a pen and drawing a red line across the page as silhouettes of people underneath are reaching up to the line.

The graphic resembled an earlier image of Khamenei writing on a piece of paper with his left hand, a prominent ring on one of his fingers. His right has been paralyzed since a 1981 bombing.