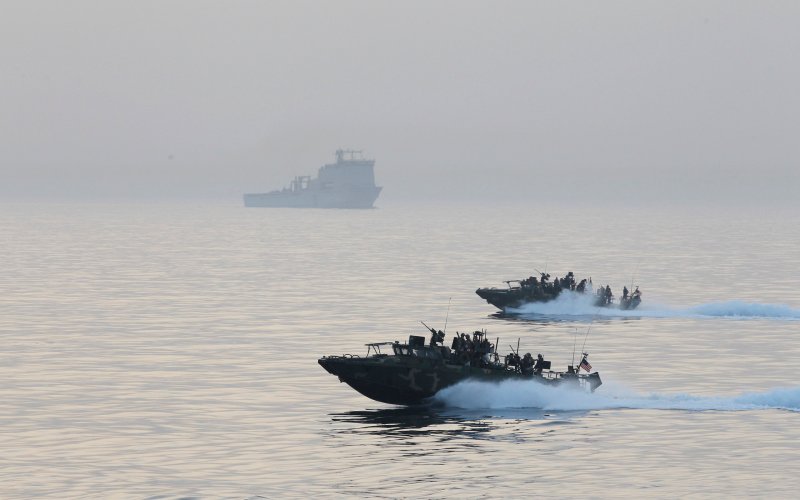 The Iranian Islamic Revolutionary Guard Corps (IRGC) has denied reports that its naval forces attempted to seize a British oil tanker in the Strait of Hormuz, despite U.S. claims that one of its surveillance aircraft captured footage of the incident.

British warship HMS Montrose reportedly chased the small Iranian craft away from the British Heritage tanker. The vessel trained its guns on the assailants, but the Iranian crews heeded verbal warnings and backed off before warning shots were fired.

Speaking on the condition of anonymity, a U.S. official said the Iranian action “was harassment and an attempt to interfere with the passage,” according to Reuters.

But the IRGC naval forces public relations department released a statement disputing the reports. The service claimed its vessels had been carrying out patrols “according to regular procedures,” the Mehr News Agency reported.

“During the last 24 hours, there have been no encounters with foreign vessels, including English ones.”