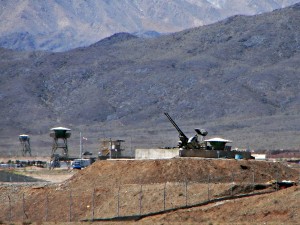 The explosion at the Natanz uranium enrichment facility south of Iran’s capital of Tehran had been caused by a “security breach,” a senior Iranian lawmaker said Wednesday, as cited by al-Arabiya.

Javad Karimi Ghodoosi, who is part of the parliament’s national security and foreign policy panel, did not address the exact nature of the breach in his interview with the ICANA, the parliament’s website.

He claimed, however, that the facility had not been hit with a projectile, saying that no shrapnel or debris had been found on the site.

The lawmaker also ruled out that an explosive had been planted inside the facility.