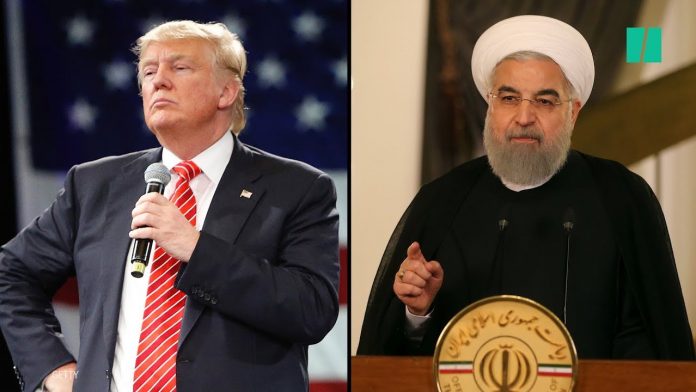 Iranian President Hassan Rouhani on Tuesday dashed hopes of a potential meeting with his U.S. counterpart in the foreseeable future, saying that the United States should lift all sanctions before Iran agrees to talks.

Rouhani’s remarks came just one day after he had signaled an apparent willingness to meet with President Donald Trump, urging Iranians to support diplomacy to resolve the country’s crises.

“We will not witness any positive development unless the United States abandons its sanctions and corrects the wrong path it has chosen,” Rouhani said Tuesday.

The Trump administration reimposed sanctions on Iran in the fall, after withdrawing from the nuclear pact Iran struck with the United States and other world powers.

Trump on Monday raised the prospect of meeting Rouhani, whom he called a “great negotiator,” at the Group of Seven summit in the French resort town of Biarritz. His comments followed a flurry of diplomacy engineered by French President Emmanuel Macron, who has sought to mediate between Iran and the United States.

But on Tuesday the chances of a Trump-Rouhani summit appeared less likely, with Iranian Foreign Minister Mohammad Javad Zarif calling the idea “unimaginable.”

Hard line opponents of Rouhani and Zarif, both moderates, were critical of the push for diplomacy in recent days. While Rouhani has some influence over domestic and foreign affairs, the final say on all matters of the state lies with Supreme Leader Ali Khamenei, who is wary of negotiating with the West.

“What American and French officials say concerns themselves,” he continued. “But I told them in Biarritz that no meeting will be held.”

Rouhani on Tuesday said that without any concrete moves from Washington, a summit would be nothing more than a photo op.

“We’re not interested in photos. If someone wants to have their photo taken with Hassan Rouhani, it’s not possible,” the president said in a televised address.

On Monday, Rouhani, in an apparent reference to Trump, had said that if he knew “going to a meeting and visiting a person would help my country’s development. . . I would not miss it.”