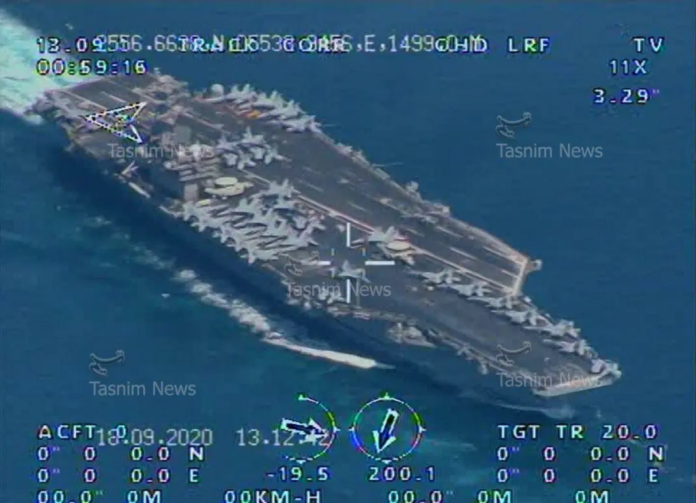 Iranian state media on Wednesday published a photo set showing the US carrier group led by USS Nimitz transiting the Strait of Hormuz which Tehran says was gained after domestic-build spy drones “intercepted” the carrier.

State-run Tasnim reports: “In remarks on Wednesday, IRGC Navy Commander Rear Admiral Ali Reza Tangsiri said the homegrown drone has detected the US carrier strike group before the flotilla cruised through the Strait of Hormuz and into the waters of the Persian Gulf.”

The Nimitz along with battleship escorts sailed through the area last Friday, according to separate reports.