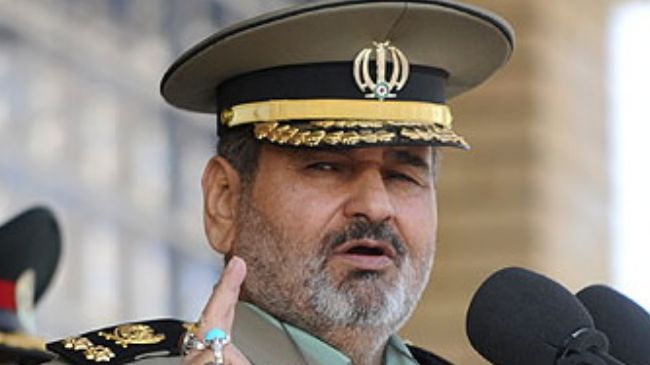 “The third Intifada will inflame the Zionist regime’s security and life,” the head of the armed forces of the Islamic Republic announced on Tuesday, the country’s semi-official state news agency Fars reported.

Chief of Staff Maj. Gen. Hassan Firouzabadi made this declaration at a ceremony in Tehran, ahead of International Quds Day, an event on behalf of the Palestinians held in Iran on the last Friday of every Ramadan.

According to Fars, Firouzabadi also accused Israel of trying to accelerate the “judaization of the West Bank and the occupied city of Quds [Jerusalem],” by taking advantage of regional events that have been keeping the “Islamic resistance” busy in wars in Iraq, Syria and Yemen.

The “Zionist attempts at judaizing Beit al-Muqaddas [the Temple, or Al Aqsa Mosque] will never yield their desired results, and the fire ignited in the West Bank will burn their dreams,” Firouzabadi asserted.

“The Islamic Republic’s support for Palestine, the Intifada [armed resistance] discourse and the Islamic resistance is based upon the values and beliefs… and is in line with rationality and the Islamic world’s national interests.”

Tasnim said the statement also described the “cause of liberation of al-Quds [Jerusalem] and the Palestinian nation” as the overriding issue of the Muslim world.

Last month, according to Fars, in a meeting with Palestinian Islamic Jihad leader Ramadan Abdullah in Tehran, Iranian Parliament Speaker Ali Larijani said, “Intifada is an important opportunity for Palestine and you should endeavor to keep this stream alive and God will help you on the path of Intifada until victory.”

Abdullah’s response was to express appreciation for Iran’s ongoing support for the Palestinian cause, saying that terrorism is the only way for Palestinians to gain freedom. He also spoke about the Lebanon-based terrorist organization Hezbollah – which he called a “resistance movement” – saying the “Zionist regime” is well aware that any war against it would exact a heavy toll.

This year, International Quds Day, created in 1979 by the father of the Islamic Revolution in Iran, Ayatollah Ruhollah Khomeini, falls on July 1. Fars described it as an “event during which demonstrators express their solidarity with the Palestinian people and opposition to the occupation of the Palestinian territories by the Zionist regime of Israel.”