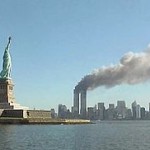 By M. Klein and E. Berney

It’s a frightening irony. On Thursday, September 11, we mourned 3,000 innocent lives snuffed out during the worst terrorist attack on our homeland. And at th very same time, our president and a minority of Congress is on the verge of ramming through a deal that will provide hundreds of billions of dollars and a path to nuclear weapons to the very same Iranian regime that planned and facilitated the horror perpetrated on our soil on September 11, 2001. Instead of learning from our recent painful history, we are about to enter into a deal that will lead to more 9/11s.

Throughout this summer, while Congress was reviewing the nuclear deal, no one even mentioned Iran’s complicity in 9/11. We must contemplate this now.

Iran’s key role in the 9/11 attacks was detailed in the U.S. District Court’s Findings of Fact in Havlish v. bin Laden, et al — a case brought by 9/11 victims against Al Qaeda, the Islamic Republic of Iran, Hezbollah and numerous other Iranian and Iranian-backed entities. The case was the culmination of years of investigation prompted by information initially uncovered by the 9/11 Commission. Overwhelming evidence of Iran’s complicity included testimony from experts and a top former Iranian regime insider, in addition to damning documents, such as a May 2001 memo on behalf of Iranian Supreme Leader, Ali Khamenei, discussing communications regarding Al Qaeda’s then upcoming attack.

Iran first started planning 9/11 back in the mid-1980s. At that time, Iran’s leaders set up a terrorist task force comprised of top members of the Iranian Revolutionary Guard Corps (IRGC) and Iran’s security service (MOIS), to plan “unconventional attacks” against the U.S. Iran’s terrorist task force devised the plot to crash Boeing civilian airliners into the World Trade Center, the Pentagon and the White House — and additional plots to attack the U.S. electric grid and attack America with dirty bombs.

Iran called these plans “Shaitan dar Atash,” Farsi for “Satan in flames” or “Satan in hell.” According to the Iranian regime, the U.S. is “Satan.”

Al Qaeda joined Iran in planning 9/11 almost a decade after Iran’s terrorism task force devised the plot. In 1993, Al Qaeda leaders Osama bin Laden and Ayman al Zawahiri met Iran’s master terrorist, Imad Mughniyah, Iranian officials and Iran Revolutionary Guard Corp officials in Khartoum, Sudan to launch an Iran-Hezbollah-Al Qaeda alliance of joint cooperation and support for terror activities. The Iran-Hezbollah-Al Qaeda alliance worked together to perpetrate a string of terrorist strikes against the United States throughout the 1990s, including the bombings of the Khobar Towers, the U.S. embassies in Kenya and Tanzania and the U.S.S. Cole.

Among other things, Iran purchased a Boeing 757-767 flight simulator to train the 9/11 terrorists.

Iran and its proxy, Hezbollah, also made the travel arrangements for the 9/11 terrorists, providing them visas and passports and accompanying them on flights.

Also, after 9/11, Iran helped Al Qaeda operatives leaders’ families — including bin Laden’s sons — flee from Afghanistan. Iran gave them a safe haven in Iran, which Al Qaeda then used as a base of operations to direct attacks against American troops in Iraq.

Hundreds of Americans were murdered in those attacks.

As the court mentioned in the Havlish case, based on a U.S. Dept. of Treasury Press Release (July 28, 2011), the Obama administration concluded that Iran has materially assisted Al Qaeda by facilitating the transport of money and terrorist recruits.

In addition to 9/11, Iran plotted other attacks on U.S. soil. In 2011, Iran was caught attempting to hire a Mexican drug cartel to assassinate the Saudi ambassador (at a public restaurant where innocent Americans would die) and bomb the Saudi and Israeli embassies in Washington, D.C.

If Congress fails to vote down the Iran deal, America is likely to suffer many more attacks, even worse than the horror we experienced 14 years ago. Iran will undoubtedly use at least a portion of the hundreds of billions of dollars it will attain as a result of the Iran deal to carry out more of its “Satan in flames” plans.

We have very little time before Congress votes on the deal. Each of us must implore every senator and congressman to vote against it. We must remind Congress of Iran’s major role in the horrific 9/11 attack on our soil. We cannot afford to give Iran the wherewithal to attack us again.

Morton A. Klein is the President of the Zionist Organization of America (ZOA). Elizabeth Berney, Esq. is ZOA’s Director of Special Projects.