Despite many challenges and setbacks, the Iranian strategy for dominating Arab countries that it counts as being part of its Shi’ite axis has made major progress in recent years, and Tehran is likely to continue its “shadow war” with Israel for the foreseeable future, a leading Middle East export has told JNS in recent days.

Professor Uzi Rabi, director of the Moshe Dayan Center for Middle Eastern Studies at Tel Aviv University, spoke prior to reports of the Beirut blast disaster began emerging on Aug. 4.

He said that Iran remains determined to surround Israel with rocket and missile bases, noting that some 130,000 projectiles have been deployed in Lebanon. “Iran has many factories and economic influences in Lebanon, Iraq and Syria. Iran wanted to achieve this influence, and it succeeded,” said Rabi, adding that this was part of the late Quds Force Maj. Gen. Qassem Soleimani’s plans.

He described Lebanon as entering into a failed-state status, adding that Iran’s “goal is to tear out chunks from it. If you enter Iraq or Lebanon, you can’t tell where Iranian interests exist. This is a deluxe occupation that the nonprofessional eye cannot recognize. No one will say that Iran occupied Iraq or Lebanon; they will talk about an Israeli occupation. Yet if you enter Iraq or Lebanon, you can see the depth of control that Iranian-backed militias have on the economy, military and politics. In Iraq, this is how the Iranians circumvent U.S. sanctions.”

While Hezbollah is keen on presenting itself as a Lebanese entity, it’s clear that the organization is, in fact, an Iranian satellite organization that owes its entire life to Iran’s “motivation and desire to be in friction with Israel,” said Rabi.

The Shi’ite axis stretches out from Iran into Iraq, Syria and Lebanon, and also includes the Houthis in Yemen. The formation is made up of a series of Shi’ite militias active in those lands, which are variations of Hezbollah. “They are meant to give Iran a foothold in every one of those countries,” explained Rabi.

Yet increasingly, populations in these countries are facing up to the truth of who controls these forces, he argued. “If we take Hezbollah, it tried to sell the Lebanese a story that it works for Lebanon. Today, in Lebanon, people understand that those who led them to this point, which I believe is a point of no return, are none other than Hezbollah.”

‘Israeli deterrence is in place’

Facing insolvency, the country is in dire straits. The economic crisis has not passed over Hezbollah itself, noted Rabi, despite the fact that Hezbollah maintains its own factories in Lebanon and even grows cannabis there to help keep profits coming in.

“Hezbollah, too, is experiencing an unprecedented economic low point. It is clear that Iran cannot give it what it needs like it did in the past. Hence, we must see Hezbollah as having its back against the wall,” he said.

The terrorist organization still has its strength, but it does not know how to exit the situation it finds itself in, said Rabi.

During recent tensions with Israel, Hezbollah could have given the order to fire a missile at a sensitive Israeli target, but it has refrained from doing so “because it understands that would be its end,” said Rabi. “Israeli deterrence is in place, despite what many claim. Where did it go to operate against Israel? To Mount Dov, a controversial place with no civilian areas where it can conduct tactical battles. That didn’t work so someone—possibly a subordinate of Hezbollah—tried to plant explosives from Tel Fares in the Syrian Golan.”

In response to the latter attack, the IDF fired and destroyed the cell before the Israeli Air Force struck Syrian regime targets in southern Syria, including observation posts, intelligence collection systems, anti-aircraft artillery facilities, and command-and-control systems in bases.

“Israel came and said when something comes out of Syria, the response will come to Syria. It has no other way to respond,” said Rabi.

This way of operating, which falls short of general war, but which also does not pass up on retaliation, sees Israel direct its responses to countries from where threats directly originate. “Yet when there are Iranian fingerprints, this can be answered anywhere along the Shi’ite axis, up to Iran itself—wherever there are Iranian interests,” he added.

“Iran always wants to deploy its militias to south Syria and test Israel or move advanced weapons into Lebanon. This is a cause for action,” stated Rabi. “It’s clear that as soon as Israel takes its finger off the trigger, that would be a mistake. Israel’s working pattern is the optimal way of functioning.”

He assessed that a major war looked unlikely, arguing that “we are already in a war made up of small wars. This is a 21st-century war … it is happening all of the time. It’s a different kind of conflict—a shadow war.”

This type of conflict can include sophisticated cyber-attacks, such as the one that, according to media reports, paralyzed Iran’s Bander Abbas port. “Iran also has capabilities in the cyber domain,” said Rabi. “This war is happening every day in every place.”

Asked for how long he believed the shadow war could rage, Rabi assessed that the status quo could remain in place for a long time, adding “this is the situation that Iran has perpetuated.”

“It’s a very unsympathetic situation. But it has its controls and balances because every side knows what it can and can’t do. Hezbollah isn’t ISIS. It won’t get up in the morning and say, ‘Let my life perish with the Philistines.’ They can only do that on Iranian orders,” said Rabi, and Iran and its proxies function according to a different rationale.

“They don’t want to make Israel activate its full force,” he said, although they do wish to gradually surround it with bases of attack.

Meanwhile, in Iran itself, the regime continues to harbor nuclear ambitions, as part of its objective of turning into a “Middle Eastern power” and exercising a “very negative influence via its militias.” In Iran’s strategic view, once it turns nuclear, “the Arab states stop being players, and Iran becomes an equal player to Israel.” 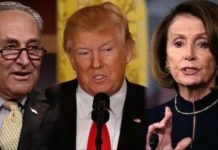