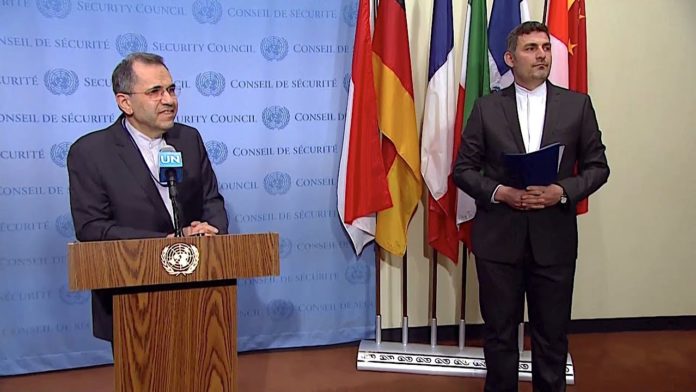 Iran’s ambassador to the United Nations is defending shooting down a U.S. surveillance drone over the Strait of Hormuz and says Tehran will not be forced back into negotiations with the White House.

“You cannot negotiate with somebody who has a knife in his hand putting the knife under your throat,” Majid Takht Ravanchi, Iran’s ambassador to the United Nations, said in an exclusive interview with NPR. “That cannot be acceptable by anybody. Any reasonable person cannot accept to have negotiations with somebody who is threatening you.”

Ravanchi also accused American leaders of unleashing “economic warfare” against Iran in attempting to isolate the country and forcing it back to the negotiating table.