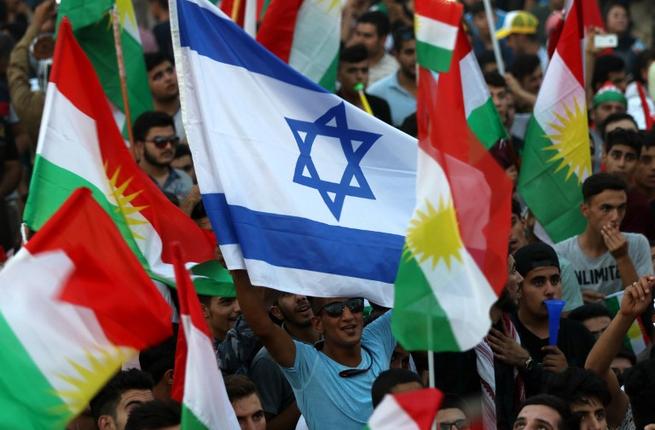 Iraq’s parliament voted unanimously to activate a lapsed law that criminalizes displaying the Israeli flag in public, an unexpected step that comes in response to a Kurdish bid to secede.

The move illustrates both the deep injury Iraq’s Arab majority felt when the nation’s Kurds held an independence referendum last month – and the resurgent Arab nationalism the vote has provoked.

Israel was the only country to publicly support the referendum for an independent Kurdish state in northern Iraq that took place in September. The move had been strenuously opposed by Baghdad, Iran, Turkey and even the Kurds’ closest ally, the United States.

In a show of gratitude for Israel’s support, Kurds proudly waved large Israeli flags at massive rallies held ahead of the vote. Although it seemed unusual for the blue and white flag to appear so freely in a region largely hostile to Israel, for Kurds it was the continuation of a historic friendship.

The open display of the Israeli flag at the Kurdish rallies in their semi-autonomous region grated on Arabs and even led to conspiracy-laden comments by some Iraqi and Iranian officials that the entire independence movement was engineered by Israel to hasten the breakup of Iraq.

Hamid al-Khudary, a lawmaker from a large Shiite bloc in Iraq’s parliament, said he introduced a motion in the legislature Tuesday to reactivate a dormant law that imposes a criminal penalty on displaying the Israeli flag.

He said “raising the Zionist entity flag” is a “dangerous phenomenon.”