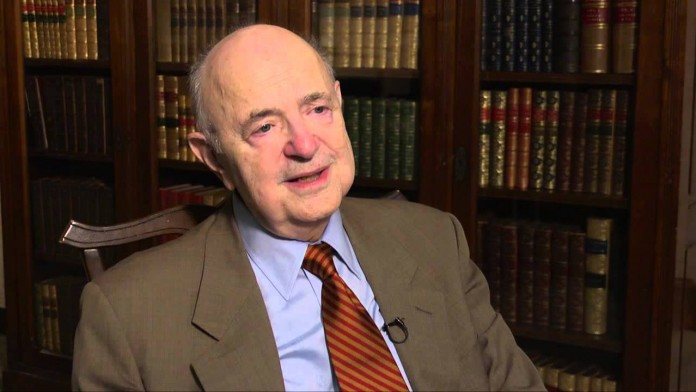 Irving Gottesman, a psychologist whose groundbreaking studies of twins in the 1960s helped reveal a genetic link to schizophrenia, a finding that upended the prevailing but deeply flawed view of the disorder as a consequence of bad parenting, died June 29 at his home in Edina, Minnesota. He was 85.

His death was announced by the University of Minnesota, where Gottesman founded a center for the study of behavioral genetics in 1966. The cause was an apparent stroke, said his wife, Carol Gottesman.

Gottesman spent nearly his entire career in the thick of the nature vs. nurture debate – the spirited, often contentious, dialogue among scientists and other thinkers about the relative roles of genes and the environment in determining human behavior. Nancy L. Segal, a psychologist and authority on twin studies, said in an interview that Gottesman had “significantly changed the ways we think about the roots of mental illness.”

When Gottesman set out as a graduate student in the late 1950s, most psychologists stood firmly, even belligerently, in the “nurture” camp, regarding parental, cultural and other outside influences as the strongest determinants in human development. From the outset, Gottesman was unpersuaded by that view, which he considered overly dogmatic, and sought other explanations.

“They were theorists,” he told a University of Minnesota interviewer, describing the “nurture” partisans, particularly elite researchers on the East Coast, who he said initially dismissed his work as “dustbowl empiricism.”

“They saw collection of data to be pedestrian,” he recalled. “They were already famous. I was trembling in . . . my boots.”

His research spanned psychopathology, personality and human relationships, but he was most renowned for his work on schizophrenia, a debilitating mental disorder that can cause hallucinations and delusions, making it difficult for patients to distinguish reality from fantasy.

Those findings, disseminated in publications including the 1972 book “Schizophrenia and Genetics: A Twin Study Vantage Point” helped transform the way psychologists viewed schizophrenia and other mental disorders.

“He opened up the entire domain of psychopathology to genetic research, but he did it in a very thoughtful way,” said Thomas Bouchard, a University of Minnesota psychologist who was the principal investigator of an influential study known as the Minnesota Study of Twins Reared Apart.

He “had the courage to do the research, publish it and talk about it. . . . It was a major breakthrough,” Bouchard said. “What’s common sense” today, he added, “was quite controversial at that time.”

While articulating a role of genetics in mental illness, Gottesman did not discount environmental influences, such as prenatal conditions that may help prompt certain genes to be activated or not activated.

He argued that while some people may have a genetic predisposition to schizophrenia, non-genetic factors also played a role – in short, that a complete understanding of the disease lay not in nature or nurture alone, but rather in the interplay of nature and nature together.

“I want people to understand that schizophrenia should be thought of in the same way as heart disease or diabetes,” Gottesman told the Daily Progress in Charlottesville, Virginia. “It is caused both by lifestyle and genetic composition.”

Irving Isadore Gottesman, a son of Hungarian immigrants, was born in Cleveland on Dec. 29, 1930. After Navy service in the Korean War, he received a bachelor’s degree from the Illinois Institute of Technology in 1953.

For his PhD at the University of Minnesota, which he received in 1960, he studied the responses of identical and fraternal twins to the Minnesota Multiphasic Personality Inventory, a commonly used psychological test, to demonstrate a genetic influence on personality.

Among his best known book-length publications was “Schizophrenia Genesis: The Origins of Madness” (1991). His writings were staples of psychology studies, and he was honored by the American Psychological Association in 2001 for “elucidating the genetic and environmental causes of schizophrenia and criminality by combining the perspectives of human genetics, epidemiology, and clinical psychology.”

“Enlightened views never put down environment as unimportant,” he remarked in 2014. “We just begin from a biological point.”