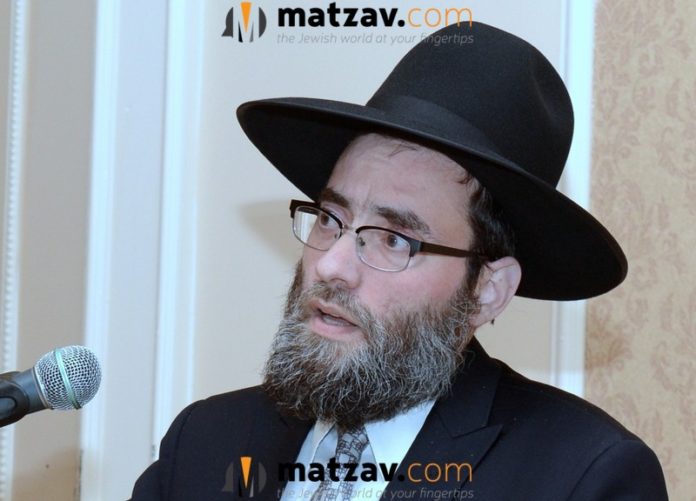 The proper fulfillment of the mitzvah of Sefiras Haomer requires counting the forty-nine days and seven weeks from macharas haPesach each night, culminating with the Yom Tov of Shavuos. Regarding someone who forgot to count the sefira at night, the Shulchan Aruch (Orach Chayim, siman 489:7) instructs that the individual nevertheless count the Omer during the daytime, without reciting the bracha. The Mishna Berurah explains that the Shulchan Aruch instructs that no bracha be recited while counting during the day in light of the shitos that maintain that Sefiras Haomer may only be fulfilled through counting at night time. According to these shitos, there is no mitzvah fulfillment with the daytime counting, and therefore the bracha should be omitted when counting during the day.

However, the Shulchan Aruch paskens that after counting during the day without a bracha, the individual may proceed to count each night with a bracha, as he is not considered to have skipped a night of Sefiras Haomer counting. The Shaar Hatziyon (s”k 45) explains that despite having counted during the daytime, the person is still considered to be actively fulfilling Sefiras Haomer based on the existence of sfek sfeika– the dual possibility of that he remains mechuyav in the mitzvah. Firstly, there are shitos that daytime counting is indeed a proper fulfillment of the mitzvah. Secondly, even if the daytime counting is not a fulfillment of the mitzvah, some shitos maintain that each night is a separate mitzvah fulfillment- which means that a bracha should be recited despite missing a night. This combination of factors pointing to this individual as actively fulfilling Sefiras Haomer and required to make a bracha– a sfek sfeika– is the reason that the Shulchan Aruch paskens that he should continue counting each night with a bracha.

Similarly, the Shulchan Aruch paskens that if a person is in doubt if he counted a particular night’s sefira, he should nevertheless continue counting each night with a bracha. This, too, is explained by the Mishna Berurah as having the same logic. Since he may have indeed counted, and since some poskim maintain that each night is a separate mitzvah, there exists a sfek sfeika that indicates that he should indeed make a bracha.

This conclusion- that the existence of a sfek sfeika to obligate the person is indeed reason to make a bracha– seems to contradict another conclusion regarding reciting a bracha when there is a sfek sfeika to be mechayev the person. The Chayei Adam rules that if a person eats a berya– a complete food item- but is unsure if this food item was a kizayis size, he should not make a bracha achrona. The bracha is not to be recited despite the existence of a sfek sfeika– a dual possibility- that he is indeed mechuyav in the bracha. Firstly, it is possible that the food item was indeed a kizayis amount, which obligates him in a bracha achrona. Secondly, even if it was less than a kizayis, it is a safeik if we pasken in accordance with Yerushalmi that maintains that a person is obligated to recite a bracha achrona after eating a berya– a complete food item- even if it is less than a kizayis. The Chayei Adam concludes that the sfek sfeika that he is indeed mechuyav is not considered substantial Halachic grounds to make a bracha. This psak is quoted by the Mishna Berurah (siman 215:20), as well.

The Achronim differentiate between the bracha on Sefiras Haomer and the bracha achrona after eating, based on the following yesod. The Mishna Berurah allows a person to recite a bracha in a situation of sfek sfeika only when the recitation of the bracha is merely an outcome and consequence of the existence of a chiyuv based on the sfek sfeika. If, however, the bracha is not an outcome of the chiyuv, but the actual subject of the question at hand, the existence of a sfek sfeika is not sufficient Halachic grounds to recite the bracha. For instance, the recitation of the bracha on Sefiras Haomer is merely the outcome and consequence of the existence of the chiyuv to count Sefira. Once the sfek sfeika indicates that the individual is still mechuyav in the mitzvah, the natural consequence of this conclusion is that he should recite a bracha upon performing the mitzvah. The sfek sfeika is not the grounds upon which the bracha is recited, per se. Rather, the sfek sfeika substantiates the existence of the individual’s chiyuv to continue counting. After the sfek sfeika resolves the doubt and indicates he is indeed mechuyav, the recitation of a bracha upon performing this chiyuv is merely a natural outcome of this conclusion. In contrast, the question of whether to recite the bracha achrona or not is not an after effect of a different sheilah at hand, but rather the actual crux and subject of the sheilah: Did the person eat something which obligates him in a bracha achrona or not? The existence of a sfek sfeika is not substantial enough evidence to recite Hashem’s name when the possibility remains that he is not mechuyav. The stringency of the issur to recite Hashem’s name in vain does not allow for the reliance on a sfek sfeika alone to directly substantiate a chiyuv bracha. Therefore, a bracha achrona should not be recited despite the sfek sfeika that indicates that he is mechuyav. This resolution is suggested by the sefer Bidvar Melech in Hilchos Yom Tov (chelek 12).  This yesod is brought in the Birkei Yosef (siman 643) in the name of Radvaz.

However, this differentiation does not seem to be a viable explanation for another situation of sfek sfeika regarding a sheilah of a chiyuv bracha. The Gemara in Brachos (53) states that a Jew who enters a town whose population consists of fifty percent Jews and fifty percent nochrim, on Motzei Shabbos and sees a lit ner, may recite the bracha of Borei Meorei HaEish on this ner of unknown source. The traveler may rely on the possibility that it is of Jewish origin and recite a bracha on this ner. The Ritva asks, why does he recite a bracha in this situation of safeik? We have a klal that safeik brachos lihakel– when it is a sheilah of reciting a bracha, the lenient position should be assumed. Why does the Gemara teach us to recite the bracha of Borei Meorei HaEish and not remain lenient to refrain from making a bracha based on the fifty percent chance that the light’s source is an Akum? The Ritva suggests that although typically we are lenient regarding reciting brachos in a situation of safeik, this situation is actually a case of sfek sfeika. In addition to the fifty percent chance that the ner’s source is a Jew, even if it comes from the half of the population that is not Jewish, the Akum may not have performed any melacha with this ner, rendering it fit for the bracha. This dual existence of possibilities that indicate that the ner is fit for the bracha is the Gemara’s reason for teaching us to indeed recite the bracha in this situation of doubt.

This Ritva would seem to indicate not like the above mentioned chiluk of the Achronim. The crux and subject of the sheilah at hand is clearly whether to recite the bracha of Borei Meorei HaEish or not. Yet, the Ritva concludes that the existence of a sfeik sfeika that indicates the bracha can be recited is sufficient grounds to recite the bracha, despite the possibility of a bracha livatala and reciting Hashem’s name in vain, R”L? Why, then, is the bracha achrona not recited in the above mentioned situation of a food item that is a berya and safeik kezayis based on the existence of sfek sfeika that indicates a chiyuv bracha?

The Achronim suggest that perhaps a further differentiation can be made within the realm of situations of safeik whether or not there is a chiyuv bracha. In the situation of the bracha achrona, the sheilah is if the chiyuv to recite a bracha achrona exists or does not exist. A sfek sfeika would not be substantial enough Halachic grounds to create the existence of the chiyuv bracha, when the possibility of a bracha livatala looms. This is the reason for the Chayei Adam’s conclusion regarding the bracha achrona to refrain from reciting the bracha. If, however, the chiyuv bracha certainly exists, a sfeik sfeika is sufficient indication to rely upon to fulfill this chiyuv bracha. In the situation of the Gemara in Brachos, the Jew who enters the town on Motzei Shabbos certainly has the obligation to recite the bracha of Borei Meorei HaEish on a ner. Since the chiyuv bracha is already clearly established, the sheilah is only whether the ner from an anonymous source is fit for the fulfillment of this chiyuv. Regarding this sheilah, the sfeik sfeika that indicates that this ner is indeed fit for the fulfillment of this halacha is sufficient grounds to rely upon to recite the bracha.

The Maskil LiDovid in his Shu”t Michtam LiDovid (Orach Chayim, siman 3) gives another resolution to explain the difference between Sefiras Hamoer and bracha achrona, as well. The question of whether or not the individual remains obligated to count Sefiras Haomer is actually a sheila of a chiyuv midoraysa according to many shitos. In fact, the Mishna Berurah clearly indicates this possibility in his Biur Halacha at the beginning of Hilchos Sefiras Haomer. Therefore, the Shulchan Aruch maintains that in the situation of whether or not to count, which is possibly a chiyuv min HaTorah, he should continue counting with a bracha on this mitzvah. This seemingly is would only apply to sefiras haomer and is not applicable to a situation of whether or not to make a bracha achrona, as it lacks this element of being mideoraysa. Therefore, the Chayei Adam concludes that no bracha is recited.

Rav Shlomo Zalman Auerbach (Halichos Shlomo, Hilchos Sefiras Haomer) provides another explanation for why the bracha is recited upon continuing the sefirah. Although the Behag is of the opinion that the entire counting is a singular unit and one mitzvah, many Rishonim argue. They maintain that each night affects another mitzvah fulfillment. Since many are of this latter opinion, a person can make a bracha upon restarting the count. Only sefiras haomer, which is unique in this regards, would require a bracha, as it is different than a typical situation of sfeik sfeika in that each night may very well be a mitzvah for itself.