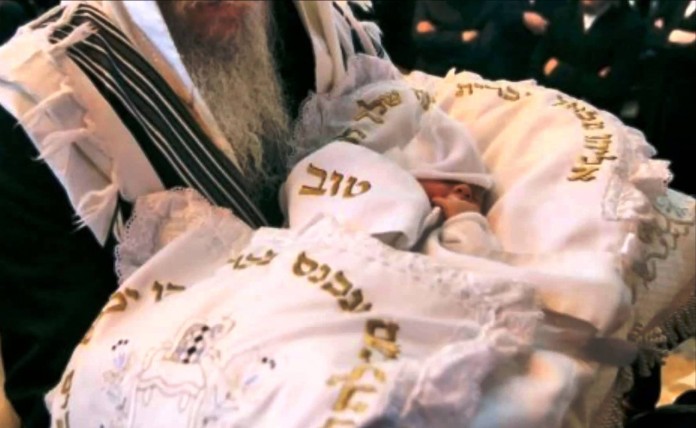 A Marbitz Torah and an exemplary Ba’al Chessed, who always loved Divrei Torah

The Aderes (Ovar Orach, siman 72) was asked a sheilah regarding a ger tzedek who wished to receive anesthesia before having his Bris Milah, thereby avoiding pain and fear as he would be asleep.

The Aderes responded that nowhere in the Torah does it state that pain is a necessary component of the mitzvas milah. The absence of tzaar is not brought as something that invalidates a milah.

The possible difficulty with the sedation, writes the Aderes, would be that the ger would not be a bar da’as while performing his mitzvah, and perhaps his status as a shoteh should invalidate the kiyum mitzvah. Although a katan of eight days does not have daas, the Torah specifically commands the father to circumcise his son despite the baby’s lack of da’as. An adult, however, may require da’as upon receiving a Bris Milah as a gadol.

The Aderes concludes that this, too, may not be a problem. True the ger would not be conscious at the time of the actual chaticha, but he will consciously prepare himself to have that Bris, and this can be considered his maaseh milah. Additionally, the mohel is appointed as a shliach, and it may be considered the ger’s maaseh through shlichus.

The Chelkas Yoev (chelek 2, siman 43) in his discussion of this sheilah concludes that since the ikar mitzvas milah is fulfilled through having a Bris, and not from the maaseh mitzvah alone, a gadol who receives a Bris while lacking consciousness will have the kiyum mitzvah when he awakes, as he will be nimol. This premise, that the milah is fulfilled through being a nimol, is apparent from the Maharach Ohr Zarua (siman 11) who quotes the Gemara (Menachos 43b) that Dovid Hamelech was nitztaer at lacking mitzvos while in the Beis Hamerchatz until he was comforted through his having mitzvas milah. Apparently, Dovid Hamelech had a kiyum through being nimol– long after the actual milah was performed, as the kiyum mitzvah is through the continuous state of being a nimol. Therefore, although he sleeps through the Bris, he will have a kiyum upon awaking through his being a nimol. This is the conclusion of the Maharsham (chelek 6, siman 48), as well.

Despite this conclusion, Rav Moshe (Igros Moshe, Yoreh Deah, chelek 4, siman 40:2) quotes Rav Shlomo Zalman Auerbach that nonetheless, a katan should not be sedated as we do not do want to make even the slightest shinuy in this integral mitzvah. Additionally, sedation poses a health concern for ketanim, and should not be performed, while gedolim should be sedated to lessen their tzaar.

However, Rav Meir Arik (Shu”t Imrei Yosher, chelek 2, siman 140:3) discusses a thirty-year-old ger that wished to have anesthetic applied to avoid pain during the milah. Rav Arik instructs him to avoid it. He reasons that although Chazal clearly had sam– medicines that avoided pain (see Baba Kamma, Perek Hachovel), we do not find any reference in Chazal to the use of these samim to avoid the tzaar of a Bris Milah. The minhag, he concludes, is not to use samim, and this is presumably because Chazal maintained that the Bris Milah should specifically be performed with tzaar. Indeed, the Medrash Rabbah (Lech Licha) says that Avrohom Avinu was margish and mitztaer, to increase his schar. Therefore, concludes Rav Meir, the milah should be performed specifically in the way that it has been done since Avrohom Avinu, and new methods should not be introduced.

It is interesting to note that the Zera Shimshon al HaTorah asks, why do we find that Hashem was mevaker chole to Avrohom Avinu, while nothing is mentioned of the tzaar of bnei beiso? He answers that in the Gemara (Baba Basra 16b), Rabi Shimon Bar Yochai tells us that Avrohom Avinu wore a special stone around his neck that would heal anyone that looked at it. This is based on the posuk, “VaHashem beirach es Avrohom bakol.” Therefore, the bnei bayis were able to be relieved from their choli and did not require any bikur cholim. Why did Avrohom Avinu not alleviate his pain through looking at this stone? The Zera Shimshon explains that Avrohom Avinu did not want to take away from the tzar of the mitzvas Milah. This teretz is given by the Imrei Noam, bisheim the Baalei HaTosfos, as well. (The Imrei Emes answers that Avrohom Avinu could not be healed based on the klal, “ein chavush mattir atzmo mibeis hassurim.”)

We see from the Zera Shimshon that the others did, indeed, relieve themselves of the pain, while only Avrohom Avinu on his great madreiga declined and remained in pain.

The psak of many of the contemporary poskim– including Rav Elyashiv, Rav Wosner, Rav Meir Bransdorfer, and Rav Nissim Karelitz- is that it is assur to sedate the ketanim for the mitzvas milah, but gedolim may indeed receive anesthetic and circumvent any possible pikuach nefashos.