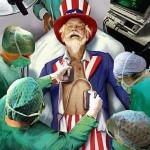 Q: Is a person whose heart is not beating and is living on a heart and lung machine halachically considered alive?

A: When heart transplantation was in its early stages with very low success rates, there was much halachic discussion about the permissibility of these procedures not only from the perspective of the donor, (as discussed in a previous post) but from the perspective of the recipient as well. These discussions raised a fundamental modern halachic problem. If a stopped or missing heart is halachically viewed as death, how could a recipient allow his heart to be removed? Is it permitted to ‘die’ in order to live? The discussion begins with a classic dispute between two great 17th century authorities in the laws of treifos.