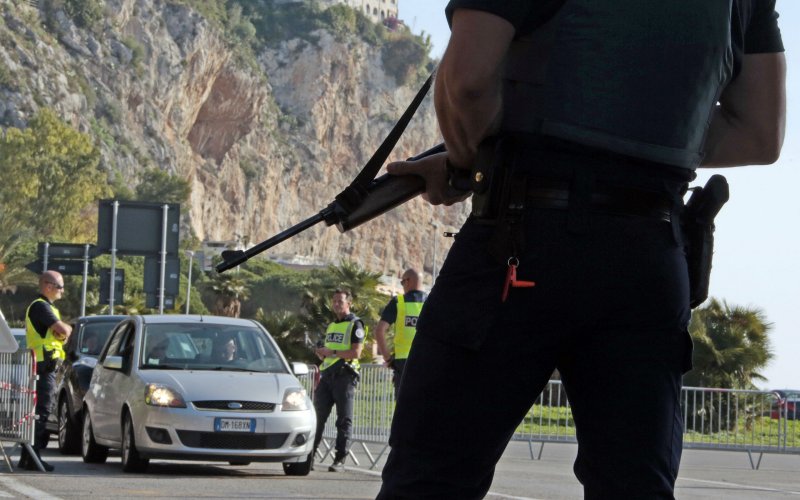 France is home to the largest Jewish community in Europe, and its most troubled.

A wave of anti-Semitic violence in recent years has shaken Jews in this country to the point where growing numbers no longer see a future here.

Some have simply left. In 2015, approximately 8,000 French Jews abandoned France for Israel – a record number that has grown with each passing year. Meanwhile, others have decamped to London and elsewhere.

“I don’t have any hope anymore, honestly,” said Noemie, a middle-aged French Jewish woman who appeared in a recent BBC documentary with her mother, who said she no longer even felt safe publicly identifying as Jewish in France. The documentary aired in April.

But those statistics – and the stories behind them – are complicated. Not every case can be attributed to anti-Semitism, and many French Jews who have officially relocated to Israel still spend a portion of every year in France.

There are some Israelis, such as Omer Shatz, a human rights lawyer living in Paris, who consider France safer than Israel, where the prospect of stabbings, bombings and attacks are a seemingly inescapable reality.

“In terms of security, I don’t believe that Israel is a safe place for Jews,” he said. “Or for anyone else.”

But a sense of anxiety nevertheless pervades a community that accounts for just 1 percent of the total French population but nearly half of all victims of what French authorities call “xenophobic” violence.

“Jews – who have been living in France for 2,000 years and have been full citizens since 1791 – now feel that they are looked upon as second-class citizens,” said Roger Cukierman, president of the Representative Council of French Jewish Institutions, an umbrella organization of community leadership.

In the historic fount of liberty, equality and fraternity, Jews are now struggling to consolidate safety and security in a France where jihadist violence has been rising.

In the past decade, France has seen a number of high-profile anti-Semitic attacks.

In 2006, there was the abduction and murder of a Jewish cellphone salesman by a gang of anti-Semitic youths. In 2012, a shooting at a Jewish school in Toulouse. In 2015, a shooting at a kosher supermarket the day after the Charlie Hebdo attack. And in January of this year, the machete attack on a Jewish teacher as he walked on the street in Marseille.

As many have left, remaining members of the community such as Bernard-Henri Lévy, the popular philosopher and public intellectual, have begun to publicly argue the case for staying.

In a new book and several public interventions since its publication, Lévy has urged French Jews to stay put.

“Don’t desert the ground,” he said in an interview.”Stay and fight.”

But in recent weeks, that idea has taken an unusual turn in the form of the Union of French Jewish Patriots, a new association tied to France’s far-right National Front party.

The idea, according to its chief architect, Michel Thooris, is to “defend the quality of life for Jews in France” against Islamic anti-Semitism in particular.

“We refuse to let France become ‘Judenrein,’ literally without Jews,” he said, using the same German word the Nazis used during World War II, when they tried to liquidate European Jewry altogether.

In France, as in much of Europe, the Holocaust remains an eternally fraught subject.

Jews in France – as in every other country the Nazis occupied during the war – were arrested, deported and murdered. But unlike in many other places, French officials willingly collaborated with anti-Jewish persecutions often without Nazi orders, an uncomfortable legacy the government formally apologized for in the mid-1990s.

In a climate of heightened anti-Semitism, invoking that history to justify the need for a new Jewish defense association might seem natural. But for many Jews, doing so for an association affiliated with the National Front is anything but.

For them, the National Front is a symbol of Holocaust denial.

The party was founded by Jean-Marie Le Pen, now 87, who infamously described the Nazi concentration camps as a mere “detail of history” – a remark he has refused to retract. After years of fighting prosecution, a French court declared him guilty last month of “questioning a crime against humanity.” He has been fined about $35,000.

His daughter, Marine Le Pen, currently leads the party and has publicly condemned her father’s anti-Jewish remarks on several occasions. The two are currently estranged.

As she declared in 2014: “I keep saying to the French Jews . . . not only is the National Front not your enemy, but it is probably in the future the best shield to protect you.”

Still, many French Jews continue to see the National Front as an embodiment of her father’s flagrant anti-Semitism. Some are baffled that other Jews would ever affiliate with any such organization.

“It is a fact that all the supporters of Vichy, of Pétain, and all that have only one place in the political spectrum,” said Cukierman, referring to the regime that collaborated with the Nazis during World War II and its leadership. “And that is the National Front with or without Jean-Marie Le Pen.”

But Thooris thinks times have changed. “There are probably anti-Semites in all political parties, including the National Front,”he said. “Except when they are detected in the party, they are excluded by Marine Le Pen.”

“Today,” he added, “the National Front is the only political party that’s actually proposed really defending France and the French, so it’s natural that French Jews would vote for them.”

In the last French presidential election, only about 13 percent of Jewish voters supported the National Front compared with 18 percent of non-Jewish voters, according to a national poll.

For Lévy and others, the answer to the situation facing Jews in France today is to openly confront anti-Semitism, including what he considers the lingering anti-Jewish prejudice of the National Front.

“We have the means to defend ourselves today, which was not always the case,” he said. “And the best self-defense is self-pride.”