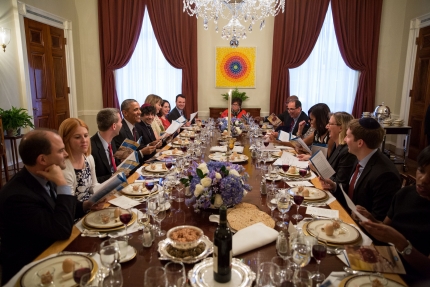 >>Follow Matzav On Whatsapp!<<
The annual White House Pesach seder, a custom of former president Barack Obama, does not seem to be happening this year, The Forward reports.
Donald Trump, Jewish activists close to the administration say, does not plan to host a seder for Pesach. The White House did not respond to inquires of the Forward regarding the possibility of President Trump holding a seder.