Priebus said that the convention would convene on Monday August 27th and immediately recess until Tuesday afternoon on August 28th.

“Our first priority is ensuring the safety of delegates, alternates, guests, members of the media attending the Republican National Convention, and citizens of the Tampa Bay area,” said Priebus in a written statement.

“The Republican National Convention will take place and officially nominate Mitt Romney and Paul Ryan, and the Party has other necessary business it must address,” he added. “We also are remaining in constant contact with state and federal officials and may make additional schedule alterations as needed.”

On Friday the White House cancelled Biden’s swing through Tampa on Monday. He had been expected to attend campaign stops in Orlando and St. Augustine on Tuesday.

“This change in schedule is being taken to ensure that all law enforcement and emergency management resources across the state can continue their focus on ensuring the safety of those who might be impacted by the storm,” his office said in a statement.

Isaac is expected to reach hurricane force strength before passing the Florida Keys early Sunday morning. The National Weather Service issued a hurricane warning for the Keys and portions of Florida’s west coast on Saturday.

The threat from the storm forced the RNC to make the abrupt change to their convention schedule, but both Priebus and Romney campaign officials insisted that they would be able to organize a successful convention.

In a conference call with reporters Saturday afternoon, Russ Schriefer, a Romney senior strategist, said the campaign did not view the delay as a setback.

“We will absolutely be able to get our message out,” he said on the call. “We think we can absolutely do it in three [days], and we look forward to telling the story.”

Bill Harris, the Republican National Convention CEO said that the decision came “out of an abundance of caution.”

He added that convention organizers were looking “forward to a great start on Tuesday. We can’t think of any reason operationally why that wouldn’t happen.”

Priebus told reporters that the decision to cancel Monday’s events was “unanimous” and was taken among “members of the RNC, Romney staff, and officials who are conducting the convention.”

“We are going to begin issuing revised convention programing as early as Sunday,” he said.

The decision leaves convention organizers with many logistical issues, including rescheduling speakers as well as insuring the safety of all attendees.

Scott declared a state of emergency, a step that will help federal and state officials coordinate their response.

He also cancelled plans to speak at the convention and said he would remain in Tallahassee to organize emergency relief efforts. 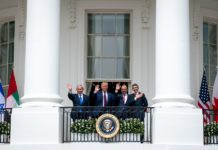 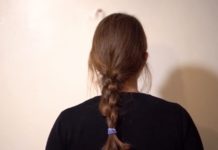