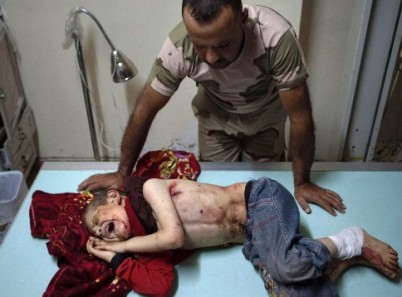 Islamic State has moved its chemical weapons operation to densely populated residential areas to avoid being targeted by coalition air strikes, and is testing homemade chlorine and mustard gas on its prisoners, residents of the Iraqi city of Mosul have claimed.

ISIS has a special unit for chemical weapons research made up of Iraqi scientists who worked on weapons programs under Saddam Hussein, as well as foreign experts. The head of the unit, Sleiman Daoud al-Afari, was captured during a raid by U.S. special forces outside Mosul in March and is now sharing intelligence on ISIS’ chemical operation.

Hamish de Bretton-Gordon, former commanding officer of the UK Chemical, Biological, Radiological and Nuclear Regiment, said, “Now that we know the extent of the ISIS chemical and dirty bomb aspirations, we must make doubly sure that our security in the UK is absolutely water-tight against this threat.”