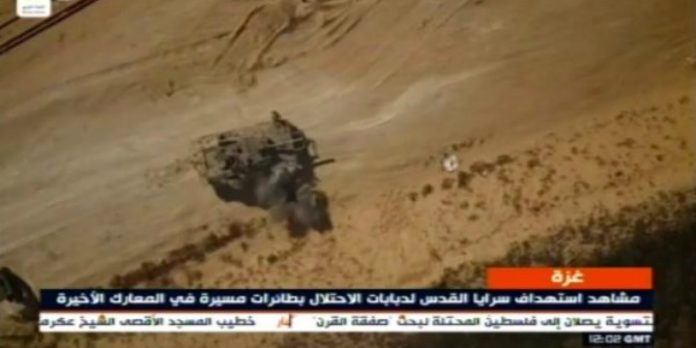 The Gaza Strip-based Palestinian terrorist group Islamic Jihad published a video on Thursday that it claimed showed a drone dropping an explosive device on an IDF tank.

The Israeli news site Mako reported that the video was shown on the Lebanese television channel Al Mayadeen, which is considered close to both Islamic Jihad and Hezbollah.

It appeared to contain footage taken from a drone that took off from Gaza, flew to the border with Israel and hovered over a tank. An explosion is then seen on the side of the tank.

The video included a message in incorrect Hebrew saying, “Your fortresses don’t stand up to us.”

The IDF has not commented on the video.