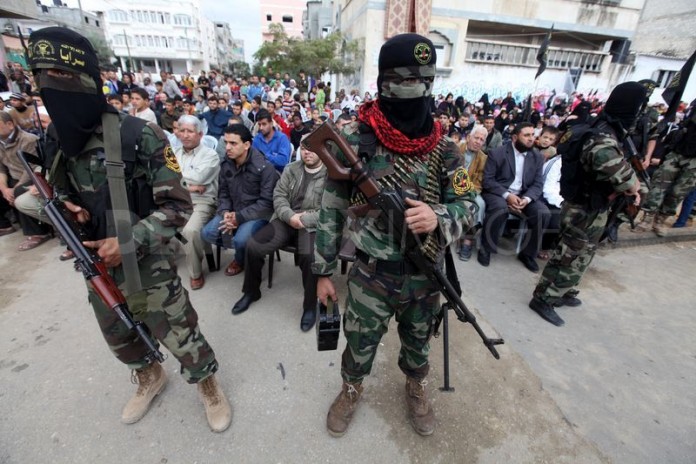 The Palestinian terrorist group Islamic Jihad threatened that Israel “will bear the consequences of anything that happens to the residents or farmers [of Gaza] as a result of the escalation.”

The group issued the threat on Sunday, after Israel Defense Forces troops fired smoke grenades into Gaza, to evacuate civilians who came under gunfire while doing construction work on the security barrier.

The IDF soldiers conducting the evacuation operation also came under fire. No injuries were reported, but the IDF halted construction of and stopped traffic in the area.

According to Ynet, Islamic Jihad called the incident “the continuation of Israeli terror” that will lead to a “Palestinian response,” stating, “The scenes of random shootings by the army forces at the residents of the Gaza Strip continue to repeat themselves. This is a clear threat that endangers the residents’ lives.”
{JNS}
{Matzav.com}