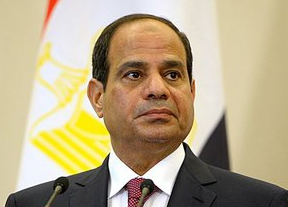 In the talks, Israel has offered to release several Palestinian terrorist prisoners in exchange for video documentation confirming the status of three Israelis believed to be held by Hamas, the Lebanese daily newspaper Al-Akhbar reported on Wednesday.

Ethiopian-Israeli Avera Mengistu and Bedouin-Israeli Hisham al-Sayed, both said to be suffering from mental health issues, crossed into Gaza willingly in 2014 and 2015, respectively, and were captured by Hamas. A third Israeli citizen, Bedouin Jumaa Abu Ghanima, entered Gaza in July 2016.

The bodies of IDF Staff Sgt. Oron Shaul and Lt. Hadar Goldin, who were killed in Gaza in separate battles during the Israel-Hamas war in the summer of 2014, are also both being held by the Palestinian terror group.

Hamas reportedly refused the Israeli offer, which allegedly followed Israel’s rejection of a Hamas demand to release 55 Palestinian terrorists who were rearrested after their release in the 2011 Gilad Shalit deal, which saw more than 1,000 Palestinian terrorist prisoners go free in exchange for the captured Israeli soldier.