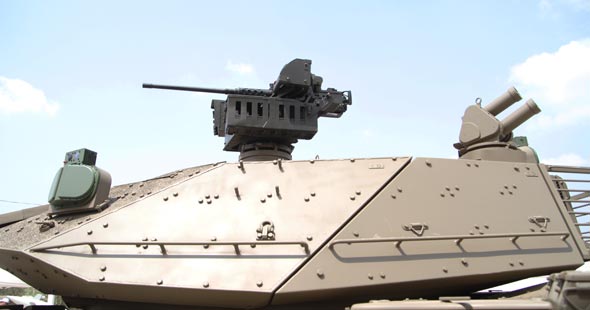 A senior Israeli official will arrive in Washington next week for a final round of negotiations involving the largest military aid package the United States has ever given any country and that will last more than a decade after President Obama leaves office.

Brig. Gen. Yaakov Nagel, the acting head of Israel’s National Security Council, has been dispatched with instructions to meet with White House officials in hopes of signing an agreement “as soon as possible,” Prime Minister Benjamin Netanyahu’s office said this week.

That represents a striking about-face for Netanyahu, who angered the Obama administration when he mused during a February meeting with his cabinet that Israel might decide to wait and “reach an agreement with the next administration.”

Nagel’s visit signals that Netanyahu may have concluded he won’t necessarily get a better deal than the one he can forge with Obama, with whom he has had a visibly testy personal relationship. Both countries are now eager to strike a deal before Obama’s term ends.

The Obama administration has said it is prepared to sign a 10-year “memorandum of understanding” that significantly raises the $3.1 billion a year the United States currently grants Israel under an existing agreement that expires in 2018. In addition, Congress has provided additional money for missile defense.

Over months of secret negotiations that picked up steam late last year, Netanyahu was holding out for as much at $5 billion a year, according to accounts in the Israeli news media. Israelis argued they need to spend much more on defense spending in the wake of the Iran nuclear deal signed last year, freeing up frozen Iranian assets that Israel fears may be used in part to act aggressively in the region.

One major obstacle to finalizing an agreement, however, is a dispute over where the funds can be spent.

According to U.S. and Israeli analysts familiar with the negotiations, the Obama administration is insisting on phasing out a special arrangement that has allowed Israel to spent 26 percent of U.S. aid on its own defense research, development and procurement. No other country receiving U.S. funds is permitted to do so, but it was carved out in the 1980s to allow Israel to build up its own nascent defense infrastructure. With Israel’s defense industry now thriving, the administration wants to pare that back and require more U.S. aid go to American companies providing goods and services.

The possibility that Israeli defense companies could lose hundreds of millions of dollars of contracts is already causing controversy. Critics say they fear it could impair Israel’s ability to maintain equipment that is the most advanced in the region, known as its qualitative military edge.

“It will be devastating to Israeli military industries,” said Reuven Ben-Shalom, the former head of the North America branch of the Israeli military’s strategic planning division. “It’s not only a matter of business. . . . This money, 26 percent, enables the sustainment of our qualitative military edge.”

Israelis are also said to be displeased with a U.S. position that whatever amount of money they agree on will be final and that Israel will not go to Congress requesting more money, according to reports in the Israeli news media.

As the talks have dragged on, Netanyahu started getting pressured to finalize an agreement soon so that the Israeli military could proceed with its long-term planning. Israel’s finance and defense ministers both complained publicly that the delay was creating uncertainty that made planning difficult, and urged it be completed and signed quickly.

Some analysts said there was also growing recognition that concluding the agreement with Obama carried strong symbolism.

“Though he has been a strong supporter of Israeli security throughout his term, there’s clearly a difficult relationship between Netanyahu and Obama,” said Ilan Goldenberg, director of the Middle East Security Program at the Center for a New American Security. “For them to agree on this would send a signal to the world that although their personal relationship is not great, here Obama is making a down payment on 10 years of deep U.S.-Israeli security cooperation. That’s a powerful message.”

David Makovsky, an analyst at the Washington Institute for Near East Policy, said Israelis are conscious that support for Israel is slipping in some liberal quarters, and a 10-year deal with a liberal president would make it “bulletproof.”

Makovsky also cited the “unpredictability factor” of Donald Trump as a potential successor to Obama.

“He professes his support of Israel,” Makovsky said of Trump. “But he’s also someone saying America’s broke. A bit of bird-in-the-hand would lock that in.”

The U.S. election season also has put a more subtle pressure on Netanyahu, as Israeli diplomats and advisers expressed concern that the bipartisan support Israel could always count on could erode in a super-politicized election.

“The security assistance to Israel should not become a political football, anytime and especially during an election season,” said Sallai Meridor, who was Israel’s ambassador to the United States when the last memo of understanding was signed in 2007. “It’s a prerequisite that it should be endorsed and supported by both parties, that’s very important.”

The arrival of Nagel suggests that an agreement is now entering the home stretch. Netanyahu has said he hopes talks will be concluded “within a few weeks.” Ultimately, both Obama and Netanyahu would gain political benefits from a deal, analysts say.

“It’s an exclamation point on the case the Obama administration has been making for years, that he strengthened more than ever the U.S. commitment to Israeli security,” said David Halperin, director of the New York-based Israel Policy Forum. “And it helps Netanyahu rebut criticism in recent years that he has sometimes quietly, sometimes very bluntly, sided with Republican points of views.

“It helps a bit to restore balance,” Halperin said, “to return to the notion of bipartisanship when it comes to Israel’s security.”