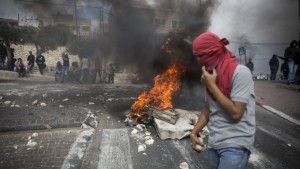 The Foreign Ministry in Yerushalayim has filed a formal complaint with Google over “dangerous” videos posted on its YouTube website that praise and encourage attacks against Israelis and Jews and asks for their removal.

“We would like to draw your attention to two examples on YouTube of violent and inciting content in which terrorists are praised and their acts staged in videos to promote further violence against Israelis and Jews,” the ministry writes. “The videos depict recent terror attacks, praise the assailants and present Jews and Israelis in a hateful and racist manner – and since their publishing, three more attacks have taken place so far. The comments to those videos are themselves of a racist and anti-Semitic nature.”

The complaint includes two examples ”out of many violent and inciting videos” posted on YouTube.