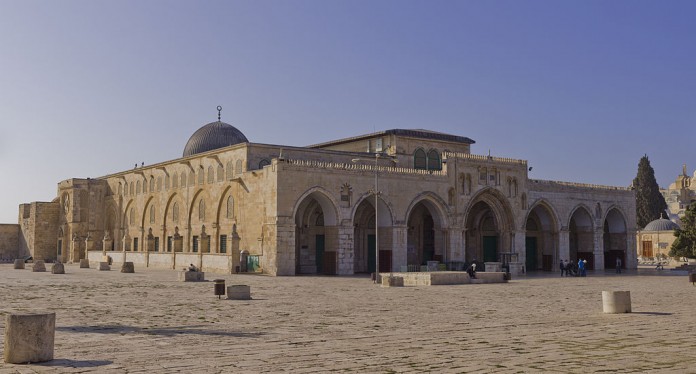 >>Follow Matzav On Whatsapp!<<
Muslim men younger than 50 have been banned from the Har Habayis in Yerushalayim after Palestinians barricaded themselves overnight inside the Al-Aqsa Mosque at the site, an Israeli police spokesman said.

The Old City location was only reopened Thursday after an 11-day prayer boycott over metal detectors Israeli Prime Minister Bibi Netanyahu ordered installed at the site, which is administered by the Jordanian government, following a Palestinian terror attack in which Palestinian terrorist killed two police officers. Read more.