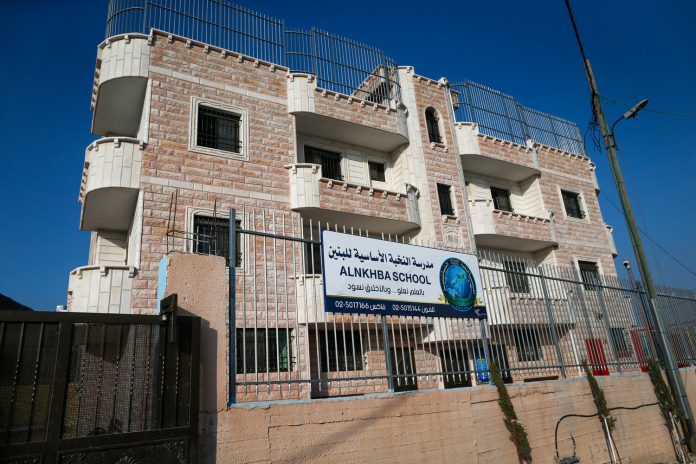 The Education Ministry said it had not licensed the Sur Baher neighborhood school for the current school year, after a review of its curriculum indicated that it “included content that undermines Israel’s sovereignty. The curriculum’s objectives were found to be compatible with Hamas ideology.”

According to Israel’s Channel 10, the school’s principal was questioned by police on suspicion of operating a school without a license. He was released under restrictive conditions.

“East Jerusalem schools that choose to follow [the ministry’s] curriculum receive all the necessary tools for success. Schools that teach incitement will be closed,” Education Minister Naftali Bennett said.

Meanwhile, an Israeli Air Force jet shot down a Hamas drone flying from the Gaza Strip toward Israel Thursday. The drone did not breach Israeli airspace, the Israel Defense Forces (IDF) said.

The drone was picked up by Israel’s air defense systems within minutes of taking off. An F-16 fighter jet scrambled to the drone’s flight path and intercepted it over the Mediterranean Sea.

“The IDF will not allow any breach of Israeli airspace and will thwart any such attempt,” the IDF Spokesperson’s Unit said. JNS.ORG