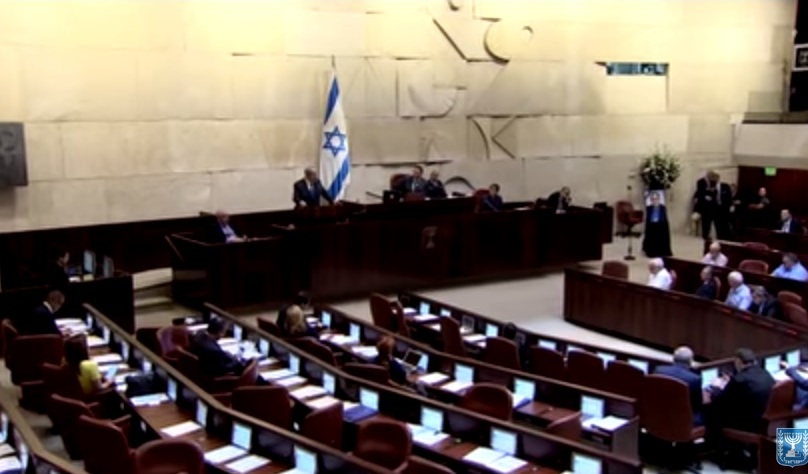 i24 News – Israel’s coalition on Tuesday pushed forward its timeline for the dissolution of the Knesset, adding the dispersal bill to Wednesday’s plenum schedule.

Monday night, the coalition’s acting whip Boaz Toporovsky, of the centrist Yesh Atid, and lawmaker Sharren Haskel, of right-wing New Hope, submitted the dispersal bill. On Tuesday morning, the presidium – comprised of the Knesset Speaker and the Speaker’s deputies – held a conference to add it to Wednesday’s legislative agenda.

The right-wing opposition Likud party plans to bring forward a bill to dissolve the Knesset. Still, the coalition will attempt to block it in order to prevent Likud from taking credit for the fall of the Knesset.

Wednesday is the earliest day the Knesset can disband, although the legislation must pass four plenum votes and two committee reviews, meaning it is more likely Monday will be the day the Knesset disperses.

However, the head of the Knesset Committee is lawmaker Nir Orbach, who quit the coalition last week. He may attempt to stall the vote in an attempt to give Likud a chance to form an alternative government, according to The Post. The opposition intends to form a government headed by Likud leader Bibi Netanyahu.

“We hope that within a week, we will complete the process,” Welfare Minister Meir Cohen told Kan Radio.

“The intention is to finish it as soon as possible and to go to elections.”

Prime Minister Naftali Bennett and Foreign Minister Yair Lapid shocked Israel on Monday by announcing their intention to disband their government and send the country to its fifth round of elections since 2019.

After the Knesset is disbanded, Lapid will assume the role of interim prime minister, and Bennett will become alternate prime minister – Lapid’s current title.