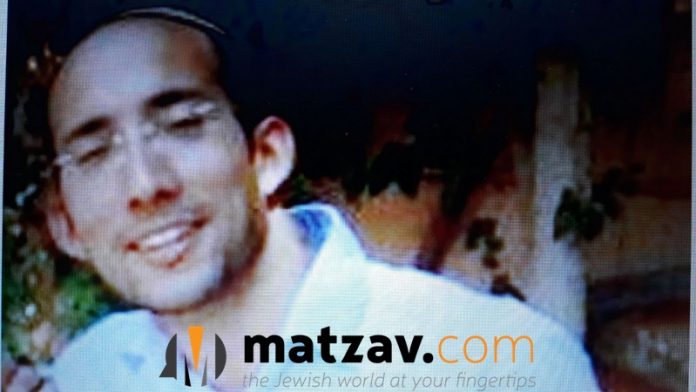 Assi carried out the stabbing near the entrance to Ariel in Samaria on Feb. 5. Ben Gal is survived by his wife, Miriam, and their four children.

Assi was indicted for committing an ideologically and nationalistically motivated terror attack when it was discovered that he selected Ben Gal as his victim when he saw him wearing a kippah and religious-looking attire.

Assi walked up to and stabbed Ben Gal in the stomach and chest as he waited at a hitchhiking post on his way home to Har Bracha. Ben Gal managed to flee to a bus after the attack, but then collapsed. It was determined that Assi intended to continue the attack, but was hit by an IDF officer who saw the attack and rammed him with his car. Nonetheless, Assi was able to escape with the help of an accomplice; a prolonged manhunt resulted in Assi’s capture a month-and-a-half later.

Assi confessed to the crime and via Facebook took responsibility for the murder.