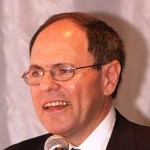 Israeli officials are standing firm in its nomination of Dani Dayan as the ambassador to Brazil in spite of not receiving formal approval from the Brazilian government over Dayan ties to Judea and Samaria.

Israel’s Deputy Foreign Minister Tzipi Hotoveli (Likud) warned that if Brazil does not approve Dayan’s appointment, it will lead to a diplomatic crisis between Israel and Brazil, Israel’s Channel 10 reported.

“We are waiting for a Brazilian answer,” Emmanuel Nahshon, the spokesman for Israel’s Foreign Ministry, said on Monday. “It is clear that the longer we don’t get one, it is a kind of negative in diplomatic code. Basically no answer means ‘no,’” he added.

Following Dayan’s appointment in August, several Brazilian politicians and organizations began pressuring the Brazilian government to reject him due to his former position as the head of the Yesha Council, an umbrella organization of municipal governments for Judea and Samaria.

“We are examining options and scenarios, but it would be premature to speculate what happens if the Brazilians do not accept him,” Nahshon added.

A Brazilian government official told Reuters that he does not expect Dayan’s appointment to be accepted and that Israel will have to choose another ambassador.