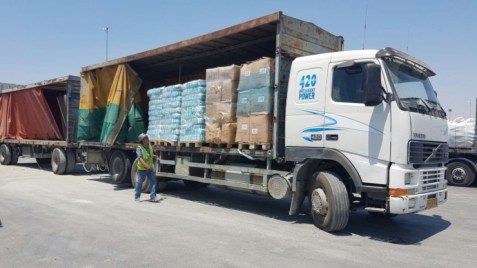 Israel has been regularly supplying Syrian rebels near its border with cash as well as food, fuel and medical supplies, The Wall Street Journal reported on Sunday.

According to the report, the IDF is in regular communication with rebel groups and its assistance includes undisclosed payments to commanders that help pay salaries of fighters and buy ammunition and weapons, according to interviews with about half a dozen Syrian fighters.

An unnamed source told the newspaper that Israel has established a military unit that oversees the support in Syria, and set aside a specific budget for the aid.

Israel has in the past treated some 3,000 wounded Syrians, many of them fighters, in its hospitals and has provided humanitarian aid such as food and clothing to civilians near the border during winter. But half a dozen rebels and three people familiar with Israel’s thinking who spoke to the Wall Street Journal claimed that the country’s involvement is much deeper and more coordinated than previously known and entails direct funding of opposition fighters near its border for years.

Israel has never taken a side in the Syrian civil war, but the regime of Bashar Al-Assad regularly accuses Israel of supporting rebel groups, to which the Syrian regime refers as “terrorists”.

The Syrian opposition in the past has claimed the exact opposite, that Israel was collaborating with Iran and Hezbollah to keep Assad in power.

Israel has not confirmed the report. Read more at Arutz Sheva.