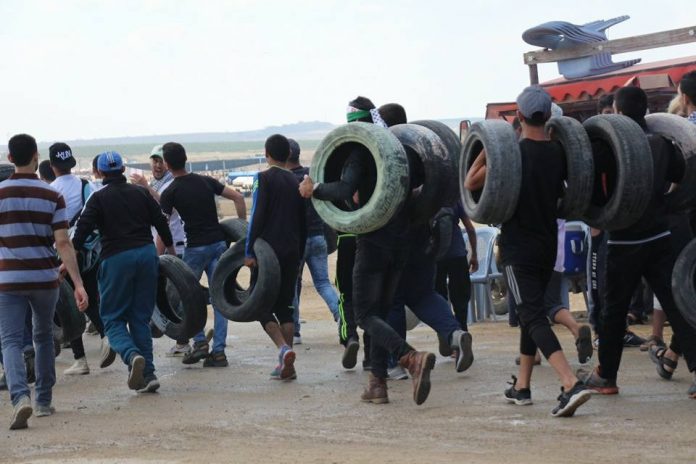 Israel and the Gaza-based Islamist group Hamas struck a truce overnight Thursday, after tensions flared over the launch of dozens of incendiary balloons into Israel and clashes between Palestinians and the IDF during protests.

Official sources in Gaza told Israeli news outlet Ynet the fishing zone, which has been a major point of contention, was to be reopened to up to 15 nautical miles, starting at 10 am. Israel also agreed to return 60 confiscated boats. Fuel delivery to Gaza’s power plant was also set to resume.

In return, Hamas agreed to rein in the protests along the Gaza-Israel border that often result in clashes with Israeli troops as well as hold back from launching the devices that have sparked dozens of fires across Israel.