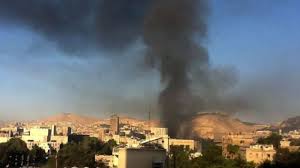 Israel released details on Tuesday about an Iranian “air force” deployed in neighboring Syria, including civilian planes suspected of transferring arms, a signal that these could be attacked should tensions with Tehran escalate.

The information came from the Israeli military, according to a wide range of television and radio stations and news websites. Israel’s military spokesman declined to comment.

However, an Israeli security official seemed to acknowledge the leak was sanctioned, telling Reuters that it provided details about “the IRGC air force (which) the Israeli defense establishment sees as the entity that will try to attack Israel, based on Iranian threats to respond to the strike on T-4.”

The official, who requested anonymity, would not elaborate.

Israel’s Army Radio reported that, given tensions with Iran over Syria, the Israeli air force canceled plans to send F-15 fighter jets to take part in the US-hosted exercise Red Flag, which begins on April 30.

Roni Daniel, military editor for The Israeli News Company, said the disclosure was a signal to Iran that its deployments in Syria “are totally exposed to us, and if you take action against us to avenge (the T-4 strike) these targets will be very severely harmed.”

According to Daniel, Israel was bracing for a possible Iranian missile salvo or armed drone assault from Syria.

There was no immediate response from the IRGC or Syria.

The Iranian death toll in T-4 was unusually high. “It was the first time we attacked live Iranian targets – both facilities and people,” the New York Times on Sunday quoted an Israeli military source as saying.

Iran, Israel’s arch-foe, has cast its military personnel in Syria as reinforcements helping President Bashar al-Assad battle a seven-year-old insurgency. The Iranians have also described their cargo flights to Syria as carrying humanitarian aid only.

An Israeli-Iranian showdown over Syria has loomed since Feb. 10, when Israel said an armed drone launched from T-4 penetrated its air space. Israel blew up the drone and carried out a raid on Syrian air defenses in which one of its F-16 jets was downed.

While not claiming responsibility for the T-4 strike, Israel has restated a policy of preventing Iran setting up a Syrian garrison. Scores of previous such raids went unanswered but Israel worries that changing conditions may now embolden Iran. 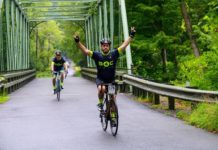