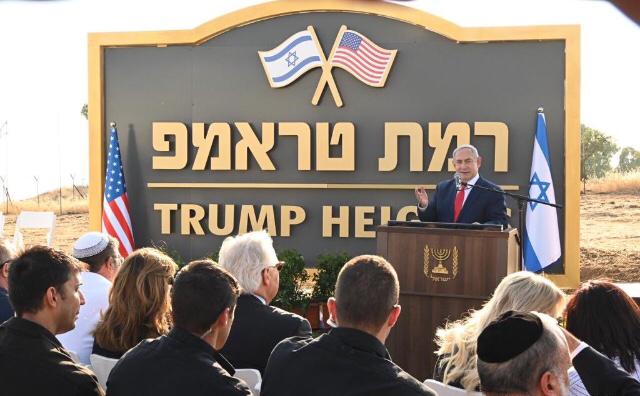 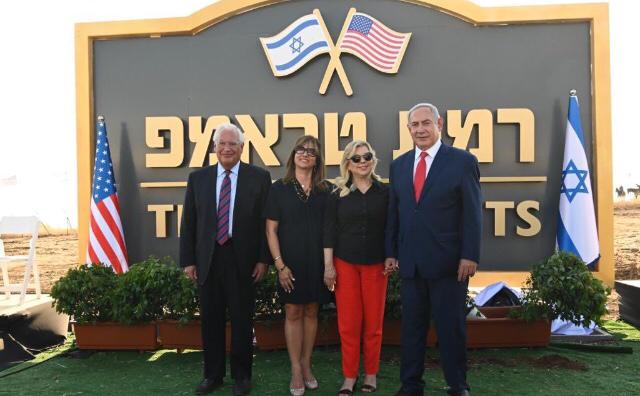 The US mission to Israel took part in a special naming ceremony in the Golan Heights Sunday afternoon, marking the formal naming of a new town in the Golan after President Donald Trump.

A sign at the entrance of the future town was unveiled during the ceremony for the yet-to-be built community of Ramat Trump, or Trump Heights.

“This is a historic day,” Netanyahu said, sitting next to Friedman. “We are about to approve construction of a new town in the Golan, something that hasn’t happened in quite a long time…and we’ll be honoring a great friend of Israel, President Donald Trump, who recently recognized Israeli sovereignty over the Golan, the first foreign leader to do so.”

Ambassador Friedman also spoke and later tweeted that this was the first time Israel has dedicated a village in honor of a sitting President since Harry Truman in 1949.