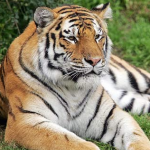 Israel hosted the 28th meeting of the Animals Committee of the Convention on International Trade in Endangered Species of Wild Fauna and Flora (CITES) this week.

Over 200 scientists from at least 40 countries attended, including representatives from various UN agencies and NGOs. Among the issues the Animal Committee discussed included illegal hunting and specifically the hunting of sharks, the smuggling and trade of elephants, snakes, and rhinoceri, and the maintenance of wild monkeys and parrots.

This meeting was coordinated by the Division of the UN and International Organizations in Israel’s Foreign Ministry as well as by the Israel Nature and Parks Authority. A reception was held on September 1 at the Foreign Ministry, according to the Ministry of Foreign Affairs website.

CITES was established nearly 40 years ago to prevent international trade from threatening species with extinction and to protect wildlife. Israel is among the organization’s 151 member countries.