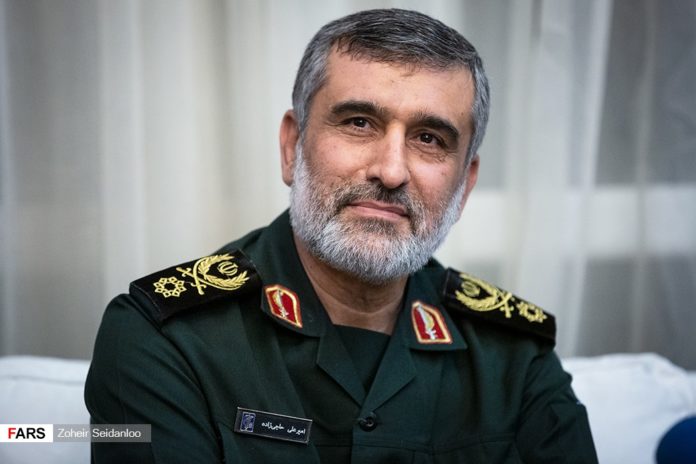 Defense Minister Benny Gantz and Foreign Minister Yair Lapid named on Wednesday the Iranian commanders they said were behind last week’s attack on an oil tanker off the coast of Oman.

“Amir Ali Hajizadeh, commander of the IRGC’s Air Force, is behind dozens of terror attacks in the region employing UAVs and missiles,” Gantz told envoys from countries on the United Nations Security Council during a briefing at the Foreign Ministry in Jerusalem. “For the first time ever, I will also expose the man who is directly responsible for the launch of suicide UAVs — his name is Saeed Ara Jani and he is the head of the IRGC’s UAV command.”

“The UAV command conducted the attack on Mercer Street,” he said. Saeed Ara Jani plans and provides the training and equipment to conduct terror attacks in the region.”

Gantz and Lapid’s briefing came a day after Iranian-backed forces also reportedly took control of a tanker in the Gulf of Oman in an incident British authorities described as “a potential hijack.”