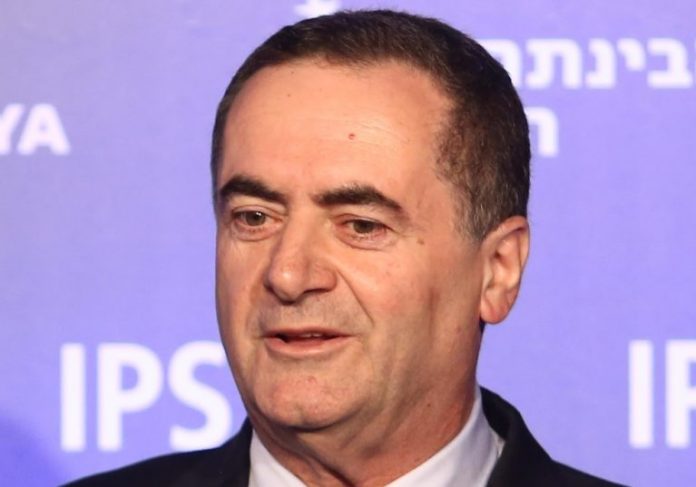 Israel’s foreign minister told a leading Russian news outlet on Wednesday that the Jewish state “probably would not exist” had it not been for the “victory of the Soviet Union over Nazi Germany” in 1945.

Speaking ahead of Russian President Vladimir Putin’s visit to Jerusalem for the commemoration of the 75th anniversary of the liberation of Auschwitz, Foreign Minister Yisrael Katz told the newspaper Izvestia that the people of Israel remembered “the contribution of Soviet soldiers to the fight against Nazi persecutors.”

The foreign minister’s interview was widely reported in the Russian press, with the Tass news agency highlighting Katz’s observation that “the victory gained by the Red Army and the anti-Hitler coalition was part of a historical process that resulted in the creation of the State of Israel.”

Tass also reported on Katz’s interview on the same day with a separate news outlet, Kommersant, which focused on bilateral relations between Israel and Russia.

According to the Tass summary, “Katz pointed out that Israel considered Russia to be a very important strategic partner and sought to boost relations at the bilateral and regional levels.”

The summary noted that the “Israeli top diplomat was positive about progress in its relationship with Moscow.”

According to Katz, it continued, “priorities in relations include efforts to contain Iran’s nuclear program, ensure the withdrawal of Iranian troops and pro-Iranian forces from Syria and put an end to arms supplies to the Lebanon-based Hezbollah movement from Syria and Iran.”

Katz’s remarks about the Soviet role in both World War II and Israel’s creation are bound to attract controversy, particularly in Poland, which is accusing Russia of revising the history of the war to smear the Polish national reputation. Last February, Katz infuriated the Polish government when, in a radio interview, he recalled the remark of the late Israeli Prime Minister Yitzhak Shamir that Poles “suckle antisemitism in their mother’s milk.”

During its occupation of Poland, Marowiecki wrote, “the Soviet regime also peddled a distorted version of history and World War II, which claimed the USSR ‘liberated’ Europe from Nazism and ignored Moscow’s real role in the conflict.”

The Polish prime minister then asserted: “In reality, it was the alliance between Nazi Germany and the USSR in 1939 that paved the way for the start of World War II.”

Among Israelis and Jews, the Soviet Union — which existed from 1917 until 1990 — is remembered principally for its strict ban on Jewish emigration to Israel, its military and political alliances with Arab states and terrorist organizations, and its strident anti-Zionist propaganda, which regularly mocked Israel with the use of Nazi imagery.

Throughout the post-war period, Soviet officialdom denied that the Holocaust was a distinctly Jewish tragedy, describing Jewish victims of the Nazis only as “Soviet citizens.” 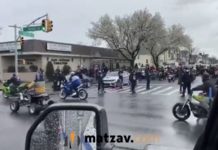